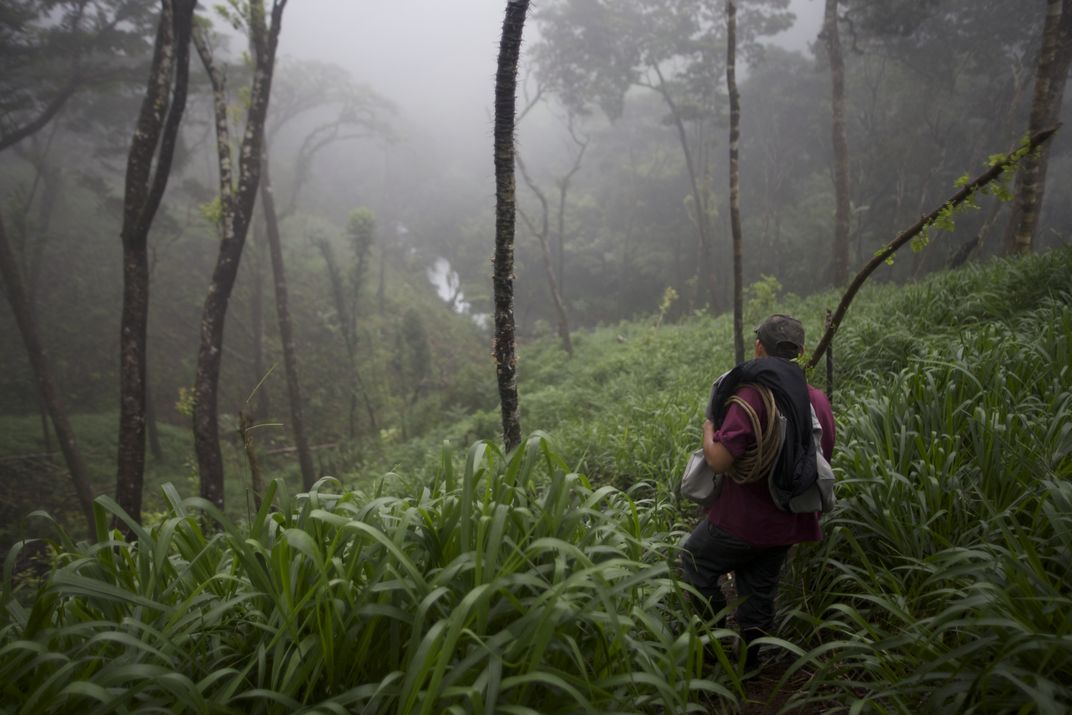 About two days has passed and I have become aquatinted with most of the locals in the area. One early morning a man named Braulio was heading about an hours walk up into a mountain area where he keeps his mule, and asked me If I would like to join him for the trek. This was a good opportunity to become familiar with surrounding jungles. Massive waterfalls, jungles mountains and exotic birds in the air was a breathtaking scene. Exiting the thick jungle we entered open sky and pasture, which he explained has been cleared for the passed 50 years for grazing animals.