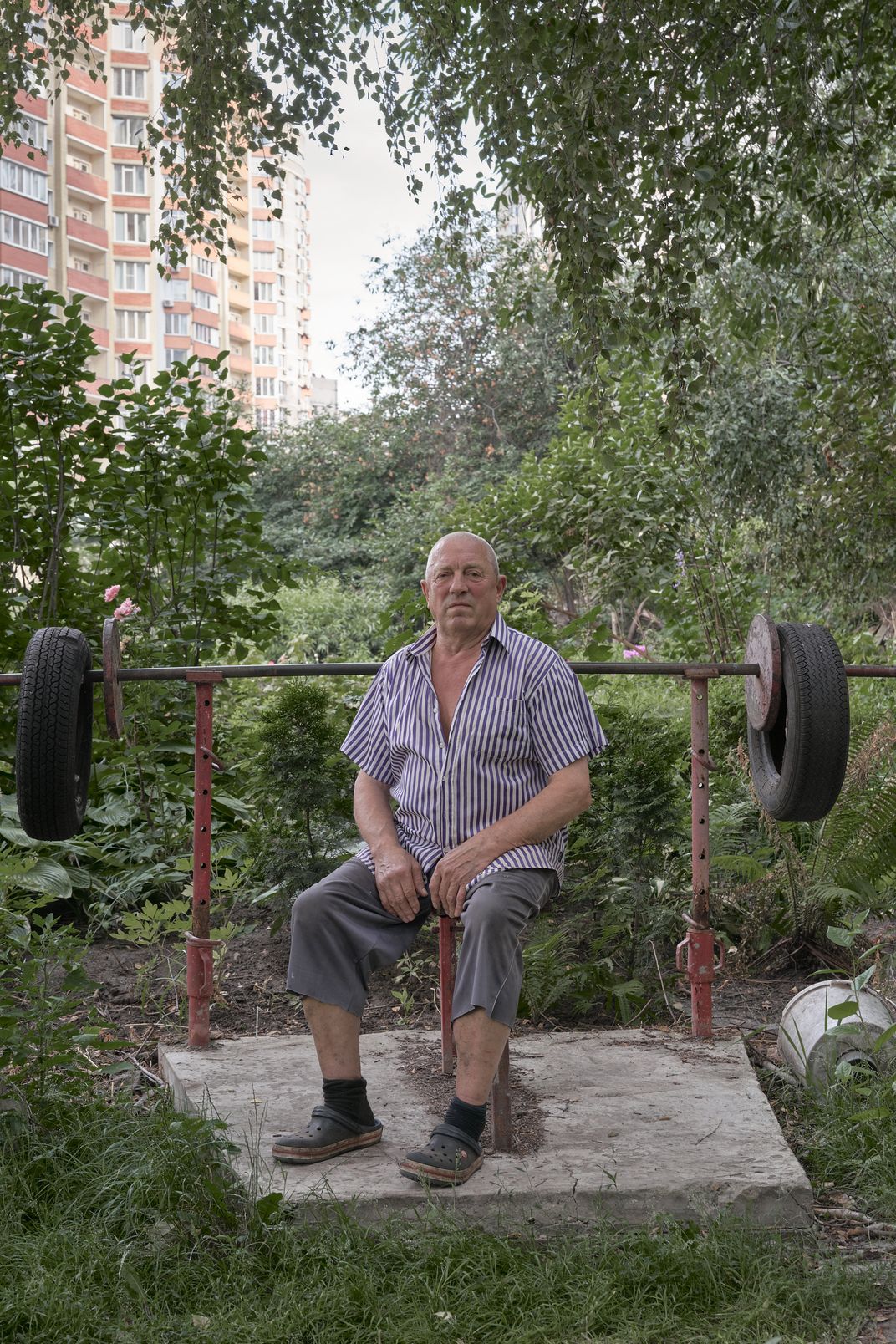 Mikhail Ivanovich (aka ‘Michel’) on the self-made exercise machine for bench press. From my project "Baturinskaya 12". My heroes live on the street that is not a part of the official registers anymore – it’s called Baturinskaya. They are owners of the private domains, surrounded by the high-rise blocks of Pozniaky – a former village with a centuries-long history that ended together with the mass building of the Kyiv suburbs in the 80s. A dozen and a half people live here, in several low-rise houses on Baturinskaya 12. There is Natalia Dmitrievna among them – our main character and a patroness of the place, her two ex-husbands – Mikhail Ivanovich (aka ‘Michel’) and Viacheslav Veselov (aka ‘Kotik’ – ‘kitty’ from Russian), Natalia’s son with his spouse and their daughter, refugees from Luhansk Oblast, formerly homeless people who changed their way of living thanks to the church of Jesus Christ, several lodgers and people in need of housing who were sheltered by Natalia for free. The community formed here managed to privatize the land on the non-existent street and legitimize their view of life, housing and housekeeping standards. Natalia Dmitrievna keeps livestock animals, sells eggs, goat milk and cheese, and seedlings. These people do not fall into conventional frameworks of the social norm, and their lifestyle drastically differs from the lifestyle of an average inhabitant of the capital. The contrast between the concrete anthills of the commuter town and the village-like environment of Baturinskaya 12 slaps in the face even those experienced with contrasts. This series of photographs is an introduction to my heroes’ parallel world.