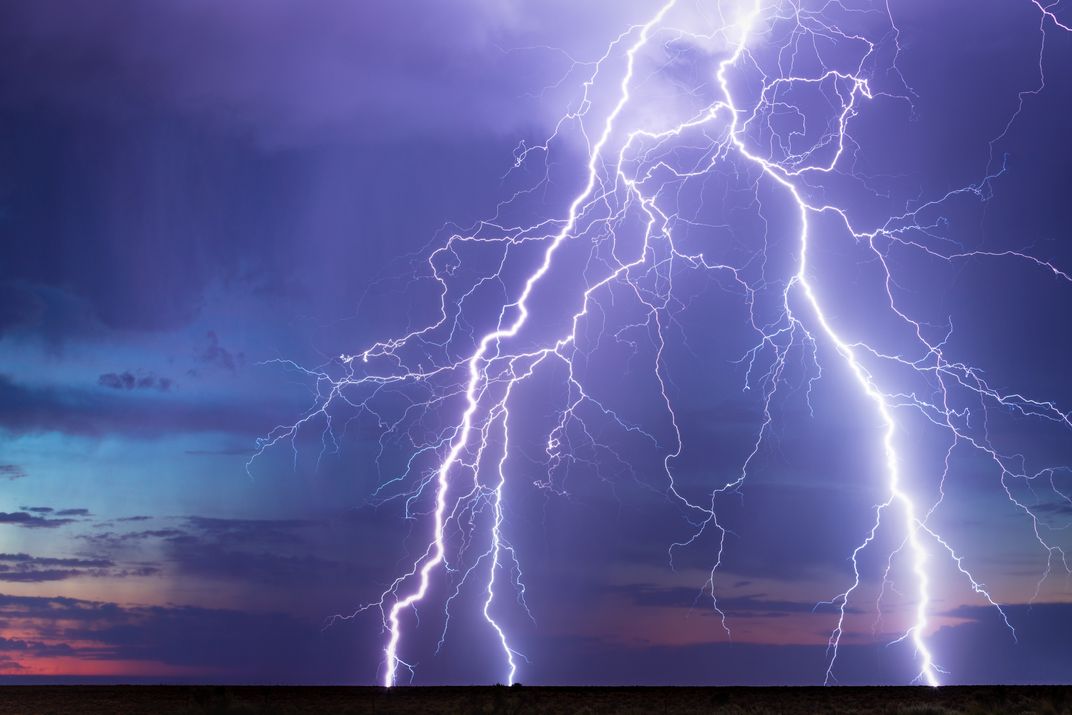 In the final stages of a severe thunderstorm the negative lightning strikes tends to become less common. At this stage there could be many minutes before there is another strike. It is not uncommon for 15 minutes to go by and then, on occasion, a positive bolt will light up the entire sky. The bolt shoots from the top of the cloud, it sometimes wraps around and hits the base of the cloud, before traveling to the ground. These bolts can be up to 5 times more powerful than a normal negative strike. Less than 5% of lightning is thought to be positive. Photo taken September 1st, 2018 outside the Petrified Forest NP in Northern Arizona.