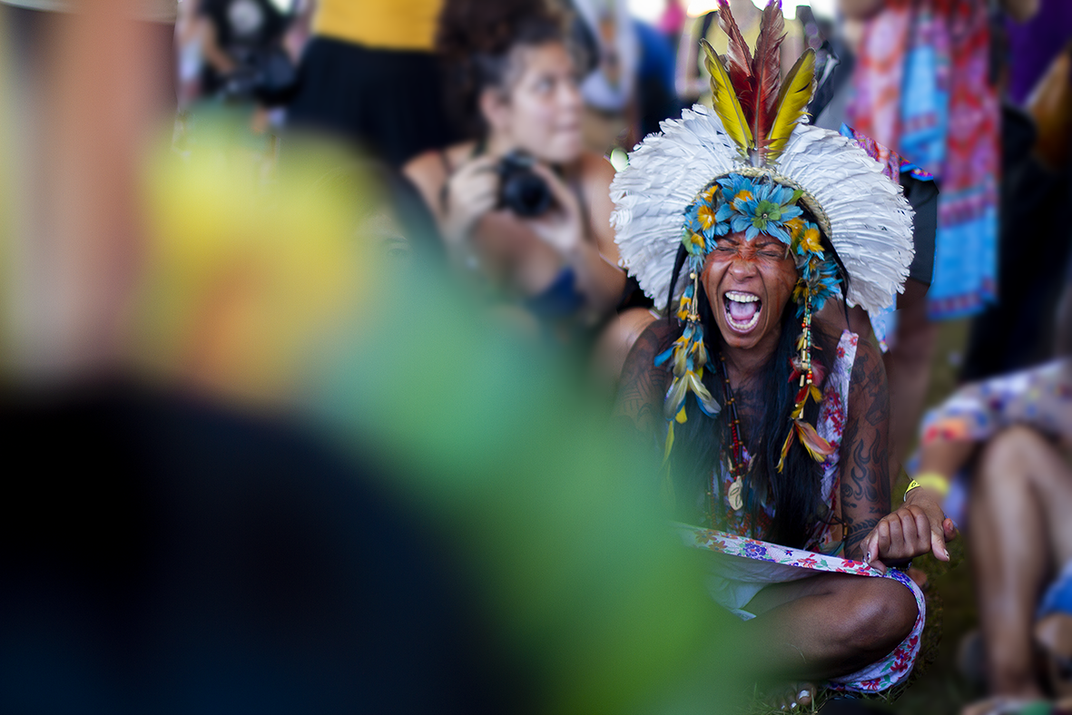 The photograph presented depicts Avelin Buniacá, from Minas Gerais, Brazil, during the demonstration at the Terra Livre camp, in 2019, in the capital of Brazil, Brasília. Their ethnicity demands the demarcation of their lands. This image alludes to the luda of visible and invisible characters who composed and compose the history of Brazil. Characters who are part of local history and culture and yet are invisible because they are not inserted in the current social context of large cities or cyberspace. The photographs focus on FUTURE MEMORY TRACKS, since the records were made in the past, creating a discussion in the present and will serve as a catalog for future files.