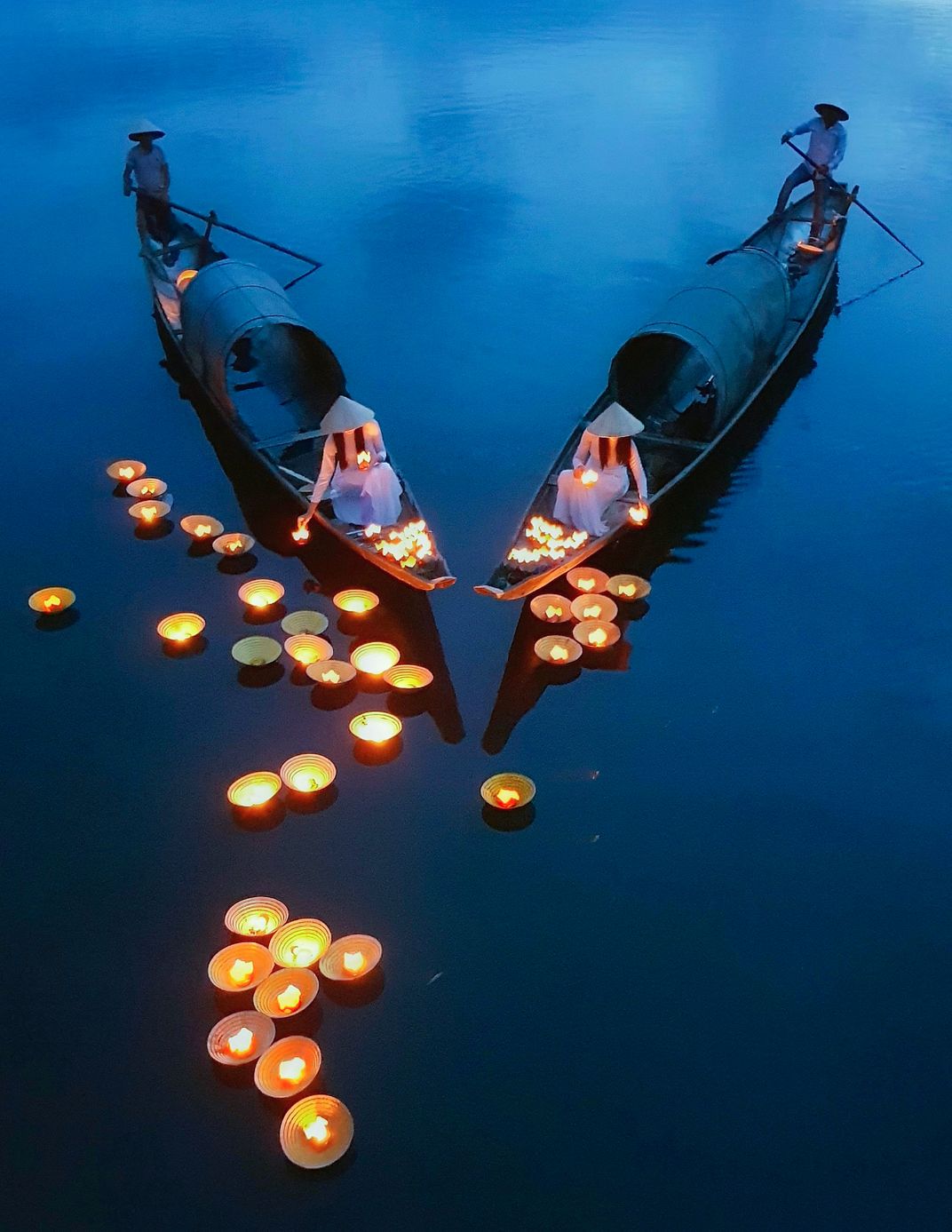 The Buddhist holidays of monks and nuns celebrated on the full moon day of April and July every year, are the days of filial piety. According to the folk belief of the full moon in July, the opening day of the amnesty for homeless, helpless, homeless shelter on world worship.On the Perfume River in Hue, Vietnam, the people wear traditional clothes to make a candle. Each candle released on the river is a prayer for the soul to be lost and serene. This is one of the traditional rituals in Hue Vietnam.