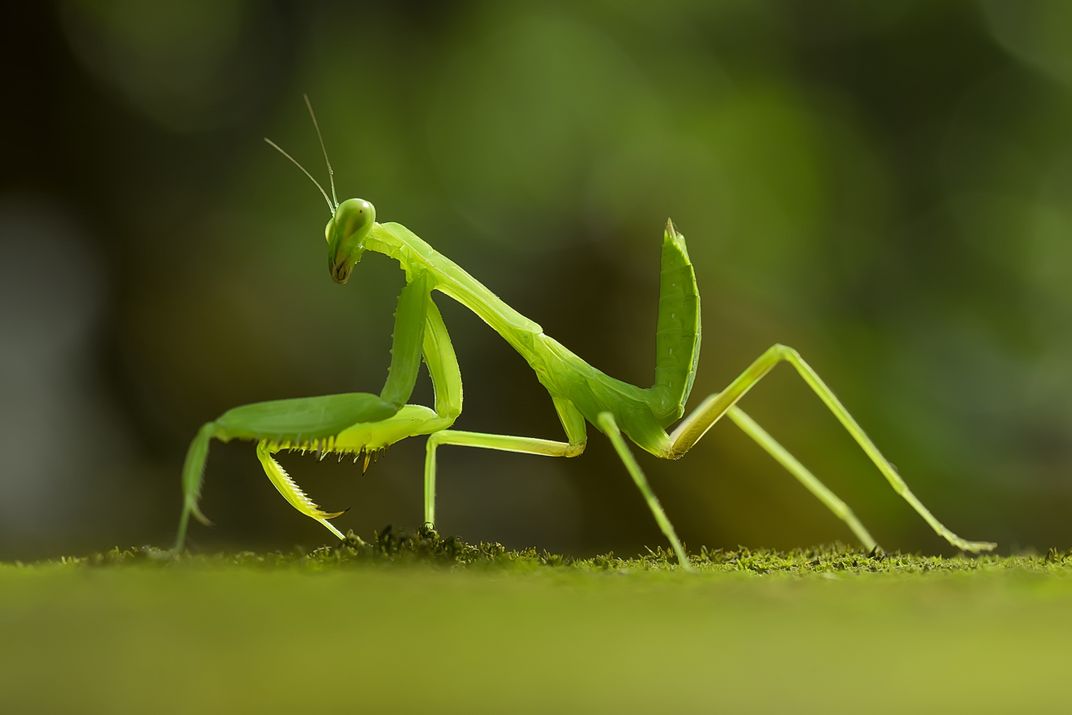 Mantises are an order of insects that contains over 2,400 species and about 430 genera in 15 families. The largest family is the Mantidae. Mantises are distributed worldwide in temperate and tropical habitats. They have triangular heads with bulging eyes supported on flexible necks. Their elongated bodies may or may not have wings, but all Mantodea have forelegs that are greatly enlarged and adapted for catching and gripping prey; their upright posture, while remaining stationary with fore arms folded, has led to the common name praying mantis. They are mostly ambush predators, but a few ground-dwelling species are found actively pursuing their prey. They normally live for about a year. In cooler climates, the adults lay eggs in autumn then die. The eggs are protected by their hard capsules and hatch in the spring. Females sometimes practice sexual cannibalism, eating their mates after copulation. Occasionally, the females decapitate the males just before or during mating. The closest relatives of mantises are the termites and cockroaches (Blattodea), which are all within the superorder Dictyoptera. Mantises are sometimes confused with stick insects , other elongated insects such as grasshoppers , or other insects with raptorial forelegs such as mantisflies. Mantises were considered to have supernatural powers by early civilizations, including Ancient Greece, Ancient Egypt, and Assyria. A cultural trope popular in cartoons imagines the female mantis as a femme fatale. Mantises are among the insects most commonly kept as pets.