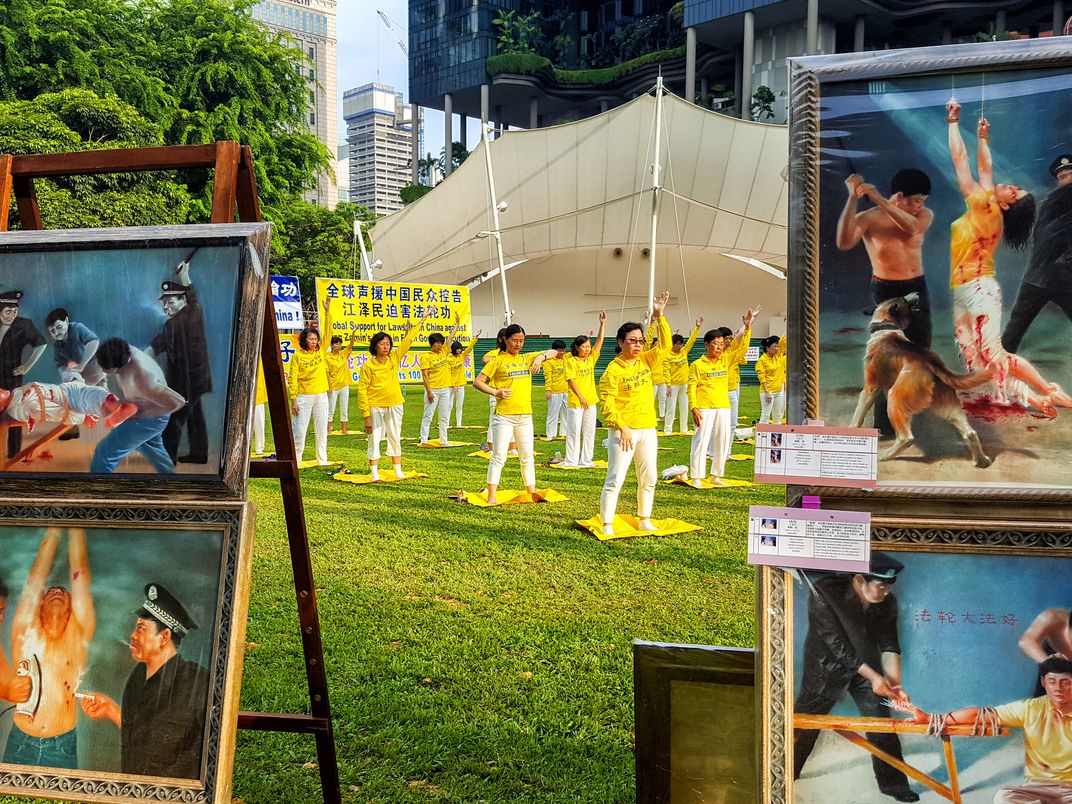 A Chinese civic movement to put former regime head Jiang Zemin on trial for his murderous anti-Falun Gong campaign, has attracted millions of supporters from the rest of East Asia.Millions of people from Hong Kong, Macau, Taiwan, Indonesia, Malaysia, Singapore, South Korea and Japan have signed a petition that calls upon China’s supreme judicial bodies to prosecute Jiang. This photo was taken in Singapore during a performance by a group of Falun Gong practitioners .