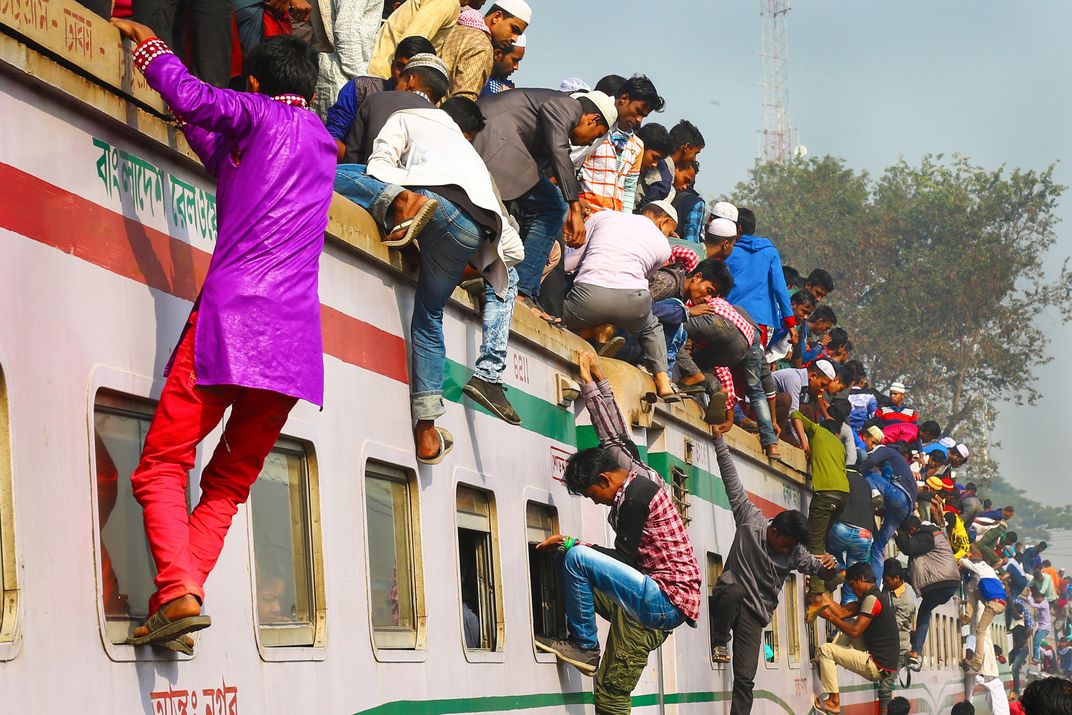 ishwa Ijtema Special Train 2018/ Bishwa Ijtema Munajat Special Train Services 2018 This is not a regular situation of Bangladesh Railway (BR). This video has been taken on the occasion of Bishwa Ijtema 2018 (বিশ্ব ইজতেমা/ Global Congregation) which is one of the biggest annual gatherings of Muslims in Bangladesh in Tongi, Gazipur, Bangladesh, by the banks of River Turag. 2 / 3 millions of devotees are attending and perform daily prayers while listening to scholars reciting and explaining verses from the Quran. It culminates in the Akheri Munajat, or the Final Prayer. With a view to facilitating the movement of Muslim devotees of the Biswa Ijtema, Bangladesh Railway (BR) has made arrangement to operate special trains in different routes of the country.This kind of Ijtema special or Munajat special Trains are used to bring and return those peoples in the ijtema ground and home