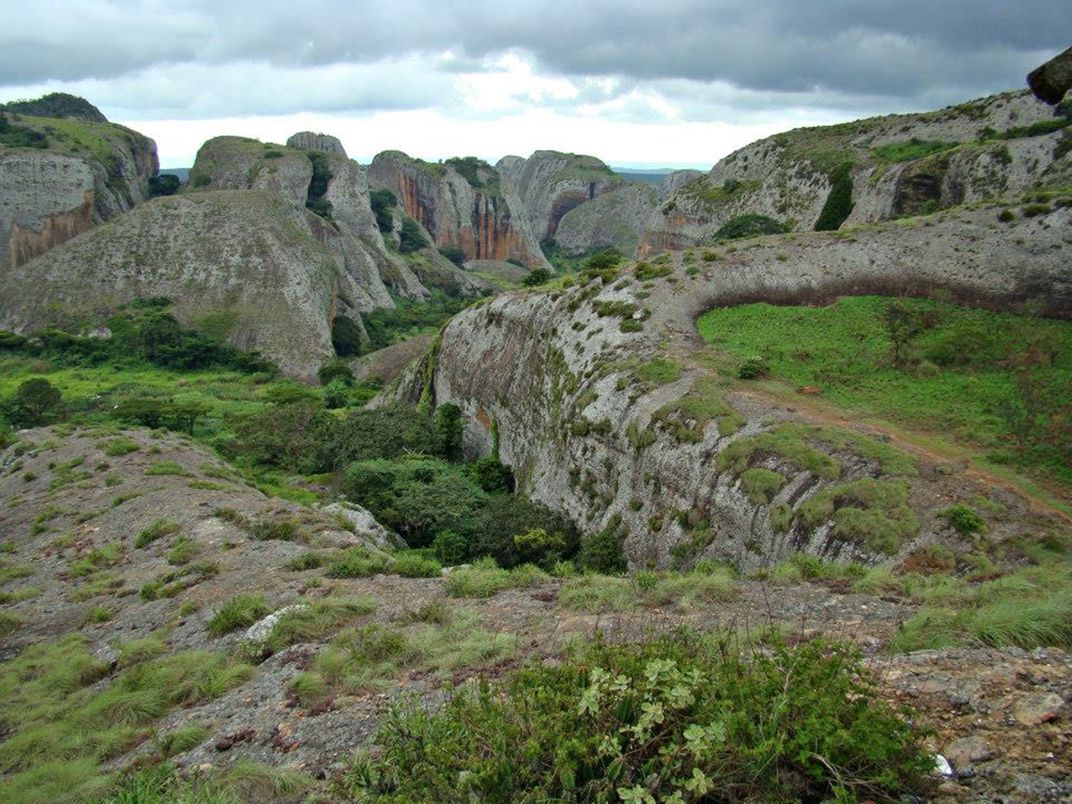 The Black Stones of Pungo Andongo are rock formations of great natural beauty, millions of years old monumental rocks that rise well above the savannah that surrounds them. They are located in the municipality of Kacuso, about 116 km from the city of Malanje, in Angola. The set consists of intrusive rocks that have been exposed to erosion over the centuries and well consolidated sedimentary rocks (sandstones and conglomerates). Pungo Andongo is however more than just a place of geological wonders. It is a place full of myths, legends, traditions and cultural values​​. Due to its topographic and geomorphological features it served as a fortress for the Kings of Ngola, and the capital of the Kingdom of Ndongo. The village of Pungo-Andongo is located nearby, as well as the ruins of the ancient fortress of Pungo-Andongo, built by the Portuguese in 1671.