Home People pursues of being pure among themselves 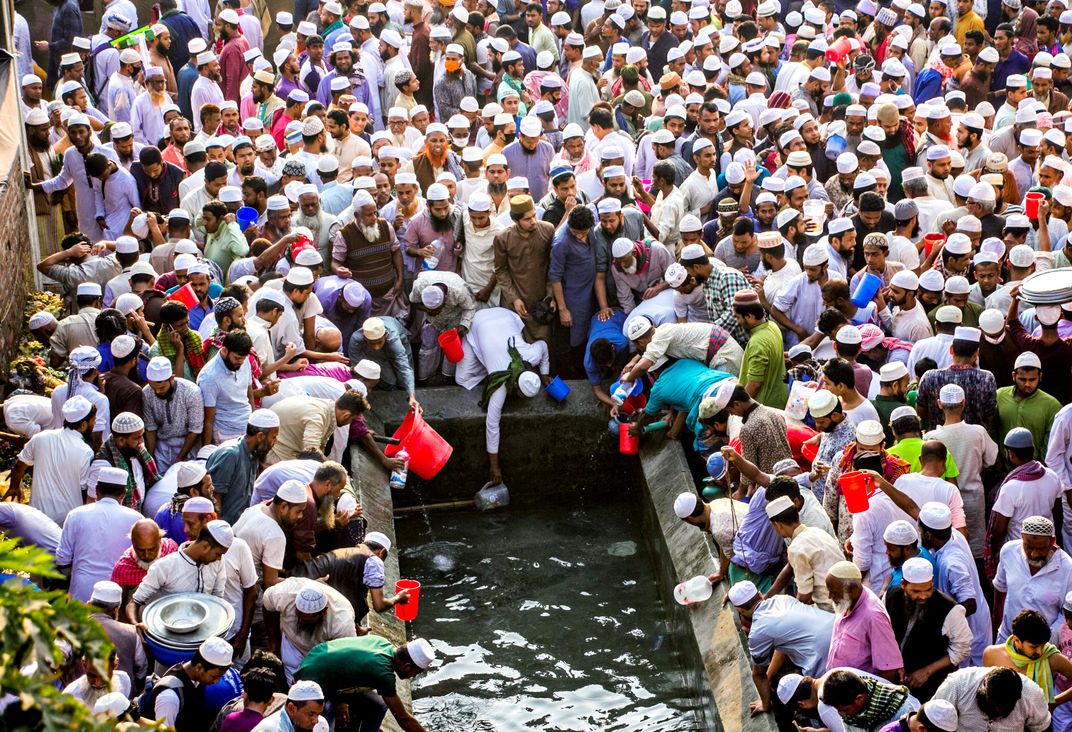 Ijtema is an islamic congregation organised by islamic organisation in association with the millions of muslims. it is an essential part of the tablig jamat around the world and a huge number of of people engage in ijtema. The Biswa Ijtema is an annual gathering of muslims in tongi, by the banks of the river Turag.in the outskirts of dhaka,Bangladeshh. A large number of people of different distant place from the inside and outside of the country has come here to be part of the congregation.In many various important elements water plays an vital role in this place.people use water to purify themselves. The millions of muslims use water in their necessary work such as bath,cook,washing clothes and uju. As a large congregation like ijtema water is essential part of purity. Prayer is the precondition of purify himself / herself. Without water to be pure is incomplete. in the sphere of purity water has no alternative.