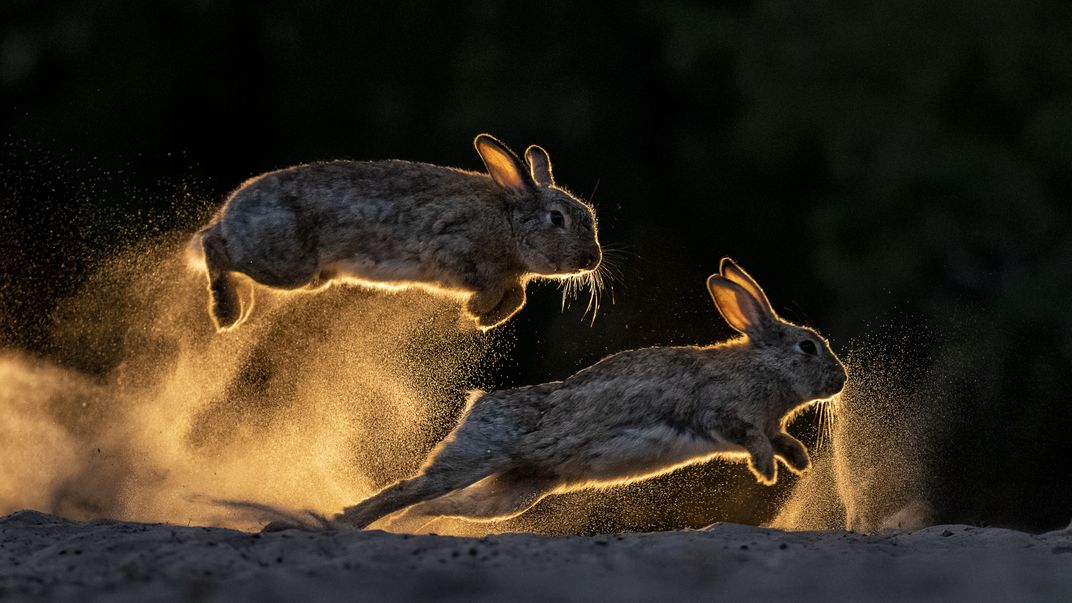 European rabbits clash in the air at a speed barely visible to the naked eye. Such power assertive clashes are common, as they can reproduce almost all year long. A single female rabbit can breed six times between January and August and during this period can give birth to as many as 30 young. Due to common diseases the population numbers can fluctuate wildly. Domestic rabbits were bred from European rabbits thousands of years ago. They are extremely common in Europe and Australia.