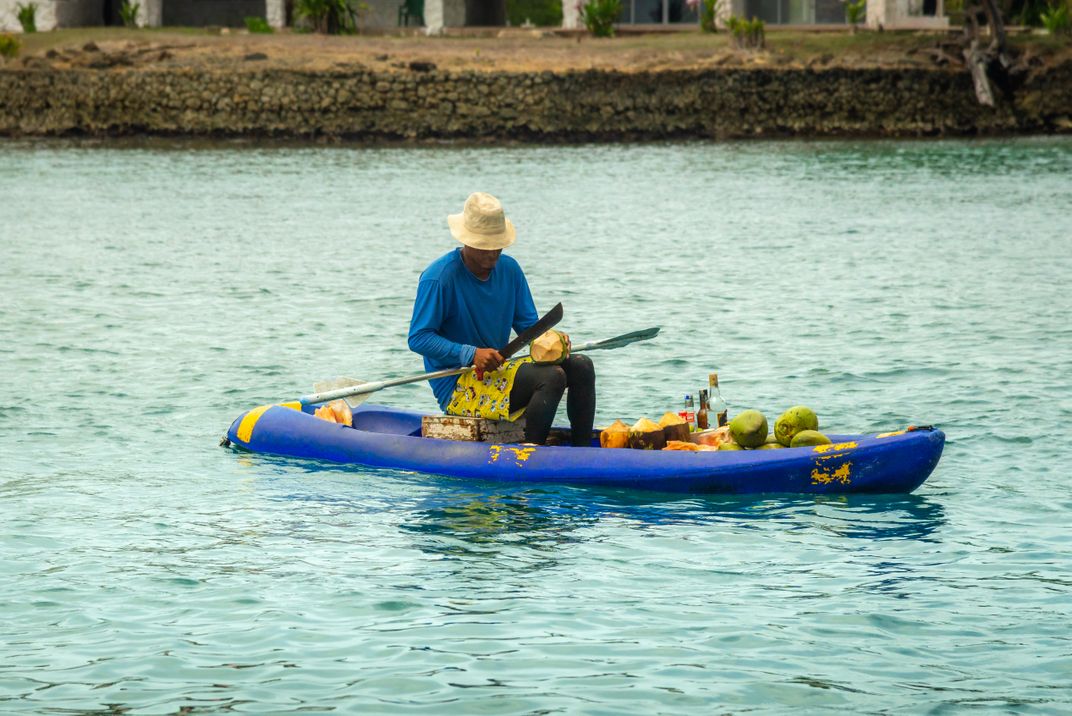 The Barú peninsula (sometimes called Isla de Barú), is a coastal area located to the south and 45 minutes by boat from Cartagena de Indias, Colombia, famous for its white beaches and turquoise water. It is separated from the territory by the Canal del Dique. Until 2014, the only way to cross it was by raft, or its variants. It was in that year when the so-called "Puente de Barú" was inaugurated. In the sea waters that are in front of Barú, the famous Battle of Barú was fought in 1708, during which the San José galleon sank. In the Barú peninsula there are several towns with a total population of approximately 20,000 inhabitants. Most of them live thanks to tourism, be it working in hotel facilities or selling handicrafts to visitors.