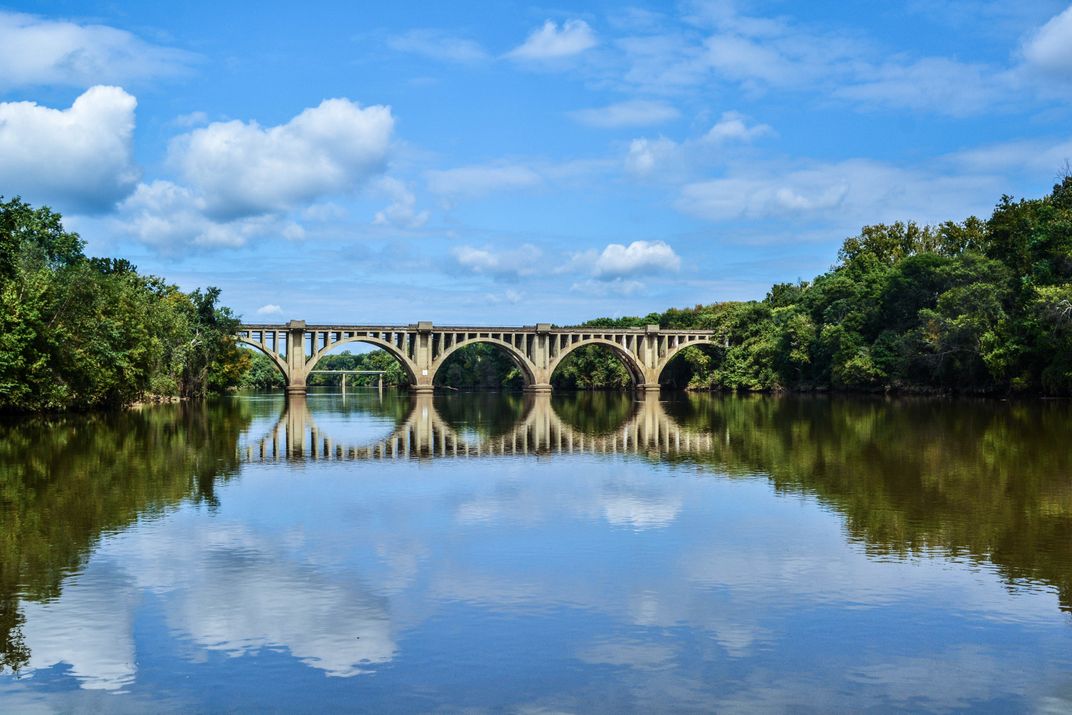 A railroad bridge built in 1925 spans the Rappahannock River in historic Fredericksurg, Virginia. The city was the site of major American Civil War battles and was an important locale in Colonial America. Ferry Farms, the boyhood of home of United States founding father George Washington, is located just south of the bridge across the river in Stafford County, Virginia. Washington considered it his boyhood city, his family often using a Ferry to cross from their farm to the city.