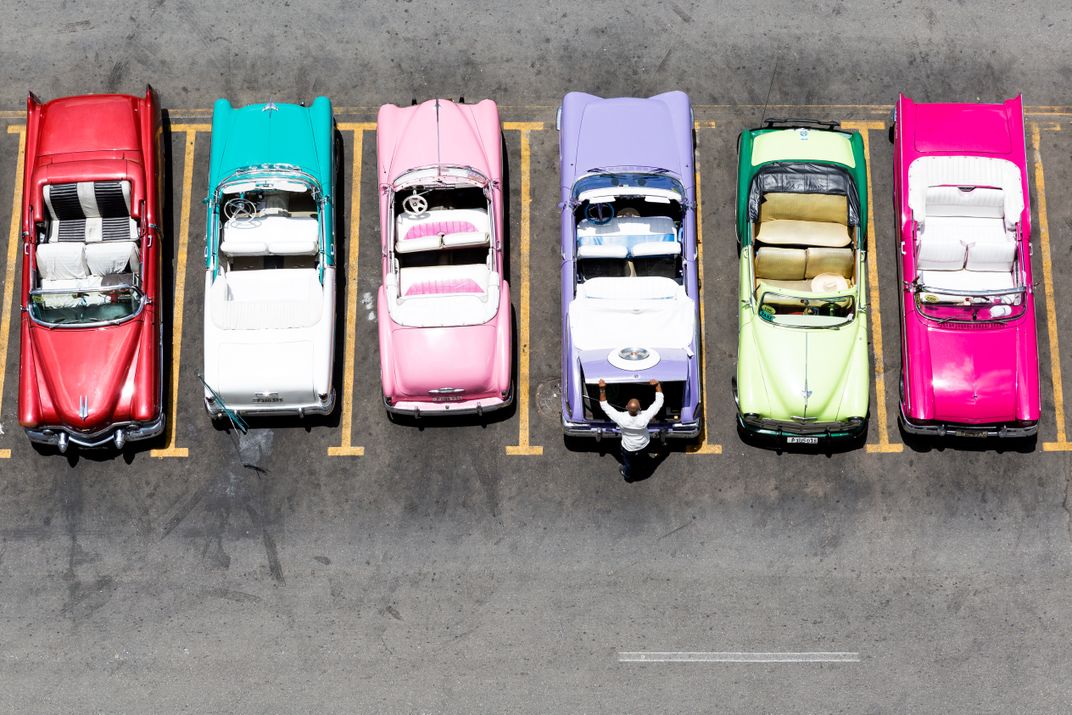 Classic American cars are a huge part of Cuba’s heritage – a constant reminder of the 1958 US embargo that followed Fidel Castro’s revolution. At that time, 150,000 classic cars populated the roads of Cuba; today, around 70,000 of those cars are still running. They have become iconic, representing preservation and endurance – characteristics perhaps synonymous of the Cuban people themselves. Many of these cars are still used to transport local Cubans - those cars are called "Almendrones" and they are in a rather precarious state. On the contrary, the cars depicted are much better maintained and polised... these are the one used to take tourists around.