Home Natural World Rainbow Over the Volcano in Iceland 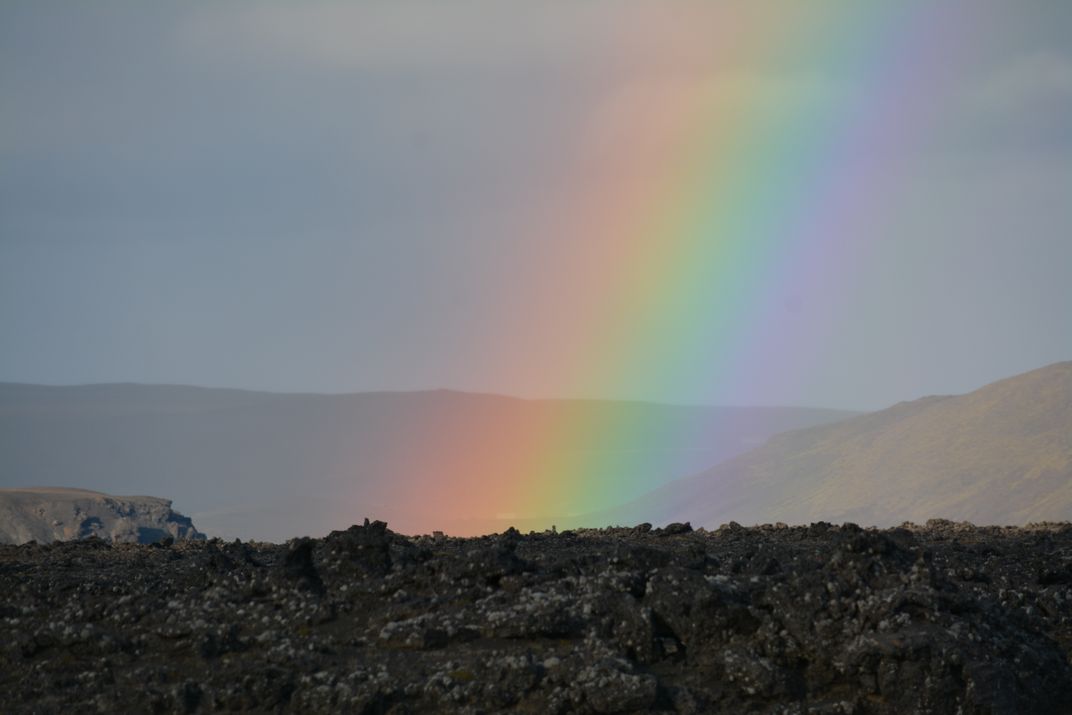 This photograph was taken after I had just finished one of the most terrifying driving experiences of my life. I was in Landmannalaugar, Iceland driving on dirt roads through volcanic craters and to the top of one of the volcanoes. The "roads" required crossing multiple rivers. The weather began to turn for the worst and we had to continue straight ahead because the rivers we originally crossed would likely be too deep with the rain to turn around. This rainbow with the lava rock in the foreground was captured after the worst of the driving and signaled that everything was going to be okay because somewhere over the rainbow was a safer path back to where we were staying.