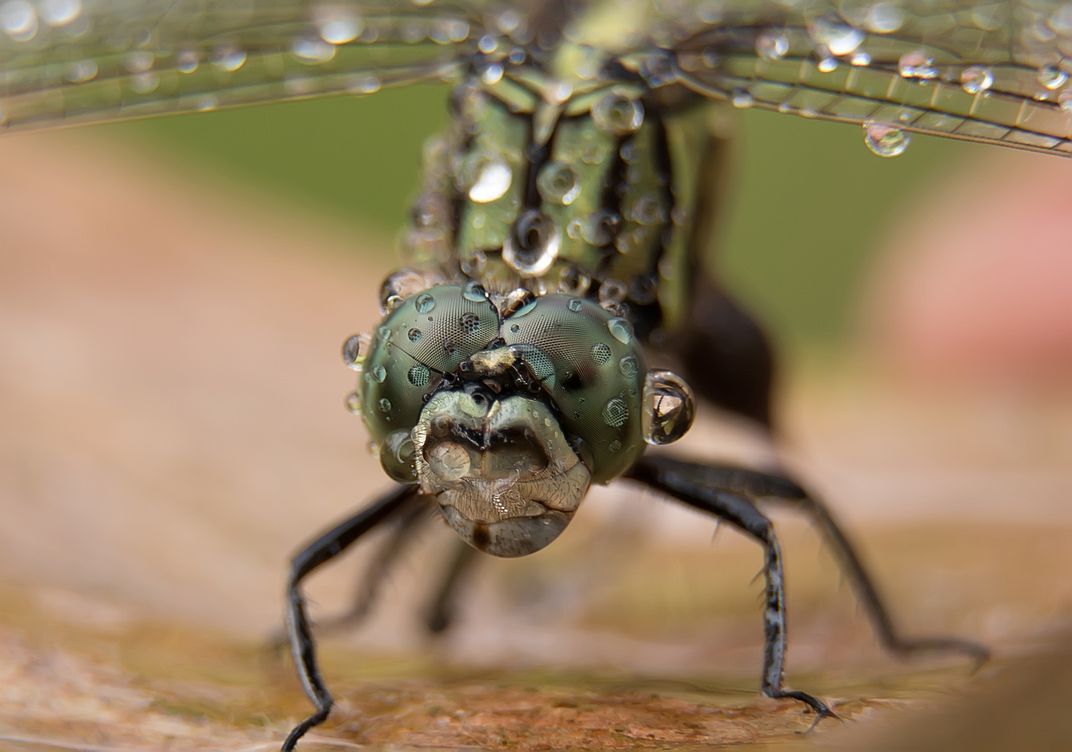 A dragonfly is an insect belonging to the order Odonata, suborder Anisoptera (from Greek ανισος anisos "uneven" + πτερος pteros, "wings", because the hindwing is broader than the forewing). Adult dragonflies are characterized by large multifaceted eyes, two pairs of strong transparent wings, sometimes with coloured patches, and an elongated body. Dragonflies can be mistaken for the related group, damselflies (Zygoptera), which are similar in structure though usually lighter in build; however, the wings of most dragonflies are held flat and away from the body, while damselflies hold the wings folded at rest, along or above the abdomen. Dragonflies are agile fliers while damselflies have a weaker, fluttery flight. Many dragonflies have brilliant iridescent or metallic colours produced by structural coloration, making them conspicuous in flight. An adult dragonfly eye has nearly 24,000 ommatidia.