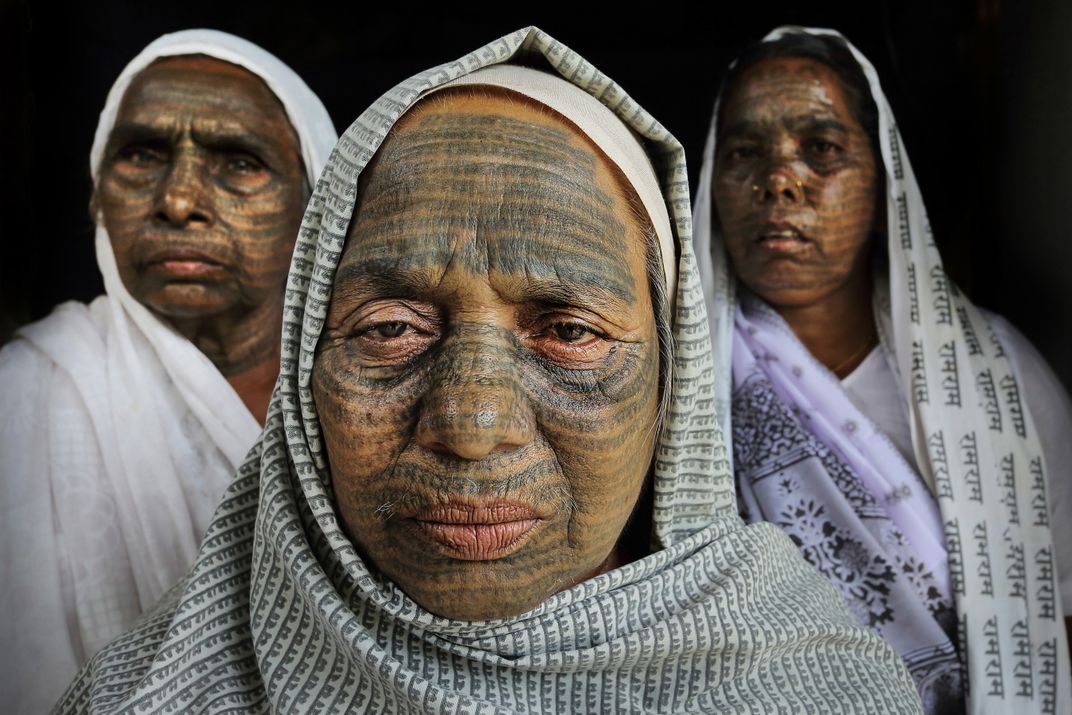 This community is called RAMNAMI, a poor farmer community of the state Chhattisgarh, India. In the year of 1910 they had been thrown out of the society by the higher caste of people of India due to their lower caste presence. Even they had been stopped to go inside the temple & attend any religious activity. After a long time of fight in the year 1938 they took a noble peaceful revenge of this social situation. This community tattooed the name of Lord Ram on their faces & bodies. So that nobody was able to remove the God's name from their life. Moreover they had stopped trying to go inside the temple & started living their life with the name of the GOD Ram. This was a noble step as they never took any violent step against anybody. In this current age also few of this community are still maintaining the same objective of their life.