Home People RAMSABHA: TO DWELL IN THE AFTERMATH OF VIOLENCE 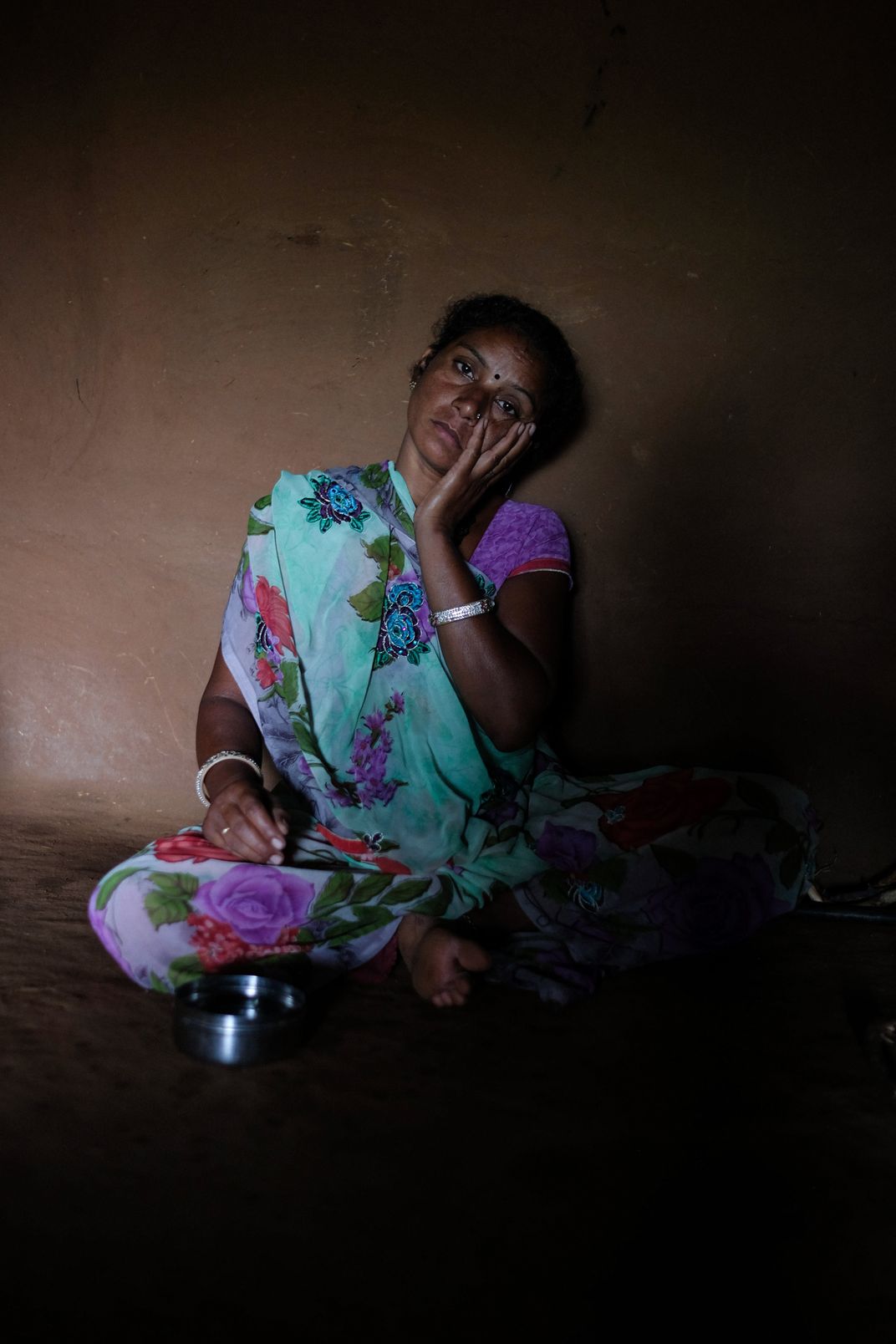 Ramsabha Bai, 36 poses for a portrait inside her home. Jul, 2018. Madhya Pradesh, India. India, according to the Thomson Reuters Foundation, is the most dangerous country in the world to be a woman. Every day hundreds of rapes are committed and thousands more are left unreported, making it difficult to have a global view of the problem. Still, daily, hundreds of girls and woman are exposed to sexual violence, human trafficking and sexual and domestic enslavement. Ramsabha was raped by the person she and her husband worked for. Ramsabha’s rape was premeditated and orchestrated by the rapist and some women who work for him, who tried to force her to work at night outside of her outside of her work schedule. She was threatened with a knife to the neck and with her daughter Bharti as a witness. “My daughter got awake, silent and afraid in a corner of the room, telling me not to scream or the attacker would kill us both. [...] She went to the side and covered her face with a blanket and quietly slept in fear.” - says Ramsabha in tears. Due to the long distances between the villages, it is very complicated to go to the police to report. When Ramsabha went to do it, she found herself with the officers refusal who told her that she was lying, that it had been her fault, that she had done it for pleasure. They refused to complete the police report and even persuaded her not to report it or things like that would happen to her again. After several hours of demand, the officers agreed and then sent her to the hospital for a medical check-up. "There are lots of incidents in our communities that have not been reported to police. They fear of going through many obstacles, like police station, the court, society, we are from lower caste and they are from higher caste and that makes a huge difference in getting justice” Says Ramsabha