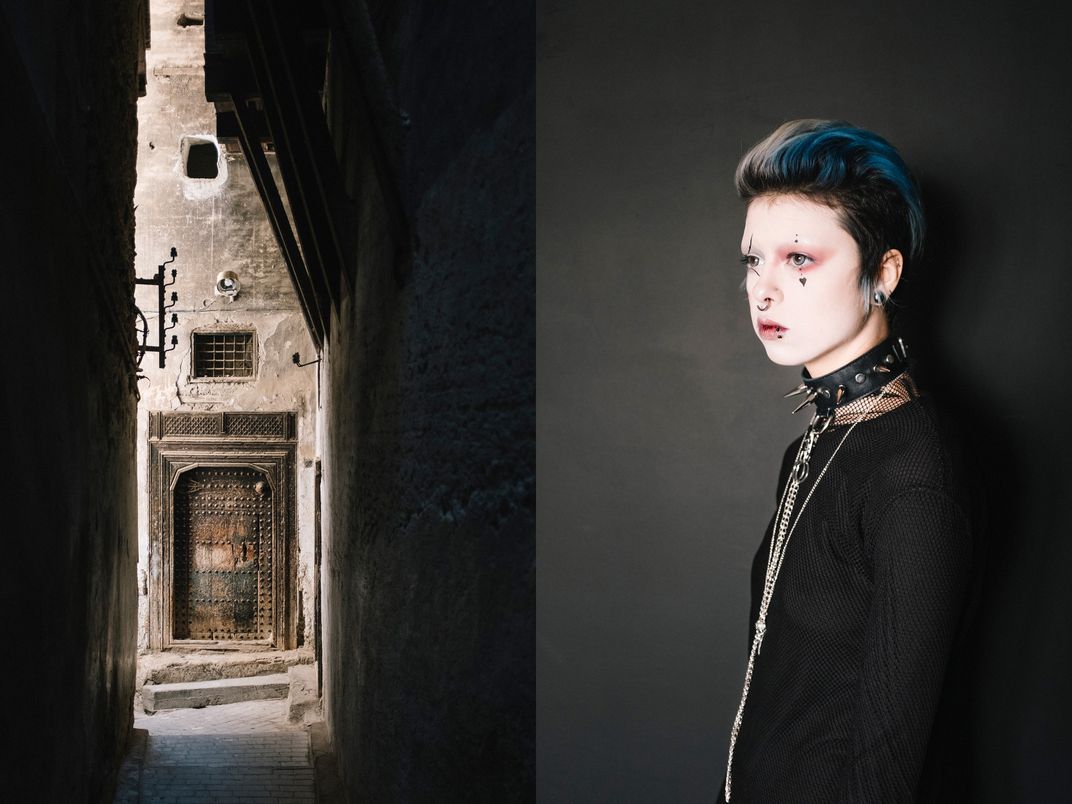 Randa wears make-up and disguises herself every day before going out in Tetouan, a city known to be quite conservative in Morocco. She says she has always been a " weird " child with a lot of imagination, attracted by the dark side, representing herself to the world differently from the others. "I have often been the victim of intimidation and sexual abuse, mainly because of my appearance. She was self-mutilation and suicidal. To fully accept herself, she went through a deep understanding of her unconventional personality. After a long work on herself, she admitted that society will never be a homogenized sphere. She sticks to what she intuitively believes in and has stopped worrying about any kind of external judgment.