Home People RANI: TO DWELL IN THE AFTERMATH OF SLAVERY 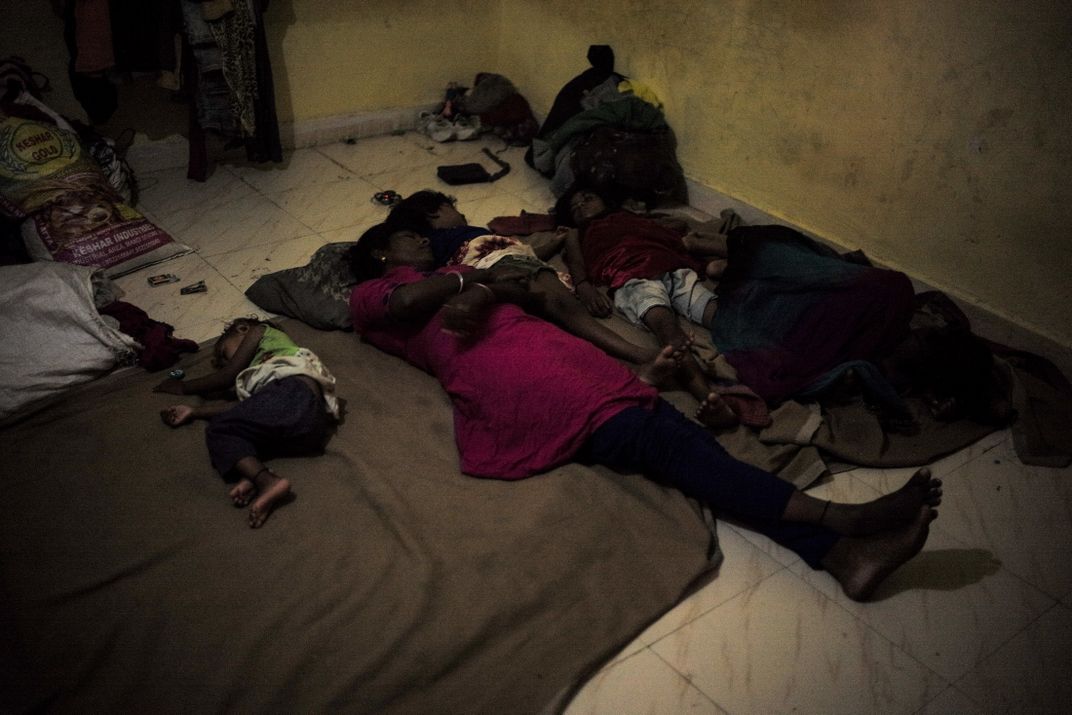 Rani Lodhi, 32, and her daughters sleep on the floor of their house. Aug, 2018. Madhya Pradesh, India. Aug, 2018. Madhya Pradesh, India. Rani is a single mother with five children, four girls and a son, who worked in the cleaning of a marriage garden where the manager raped her in several occasions. Since the rape she had to flee the garden and have been from house to house, now all live in a 5x5 mts room. She only has two days to find a new home, since her landlord ran her home because she has no money to pay.