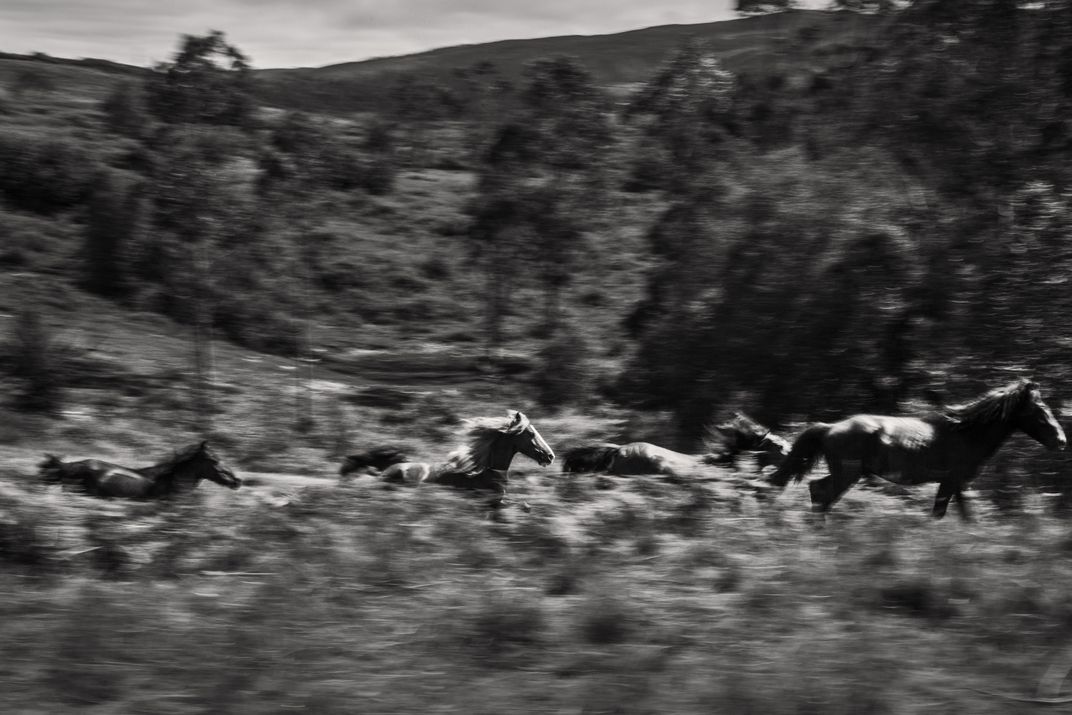 Rapa das Bestas is the name of an operation that involves cutting the manes of the wild horses who live free at the mountains in a semi-feral state and that are performed in the curros (enclosed which retain the horses) held in various locations in Galicia (Spain). Those horses live in mountains owned by the villages (a form of property derived from the Suevi, around 8th century) and have several owners (private owners, the parish or the village), each year the foal are marked and the adults shaved and deloused, and then freed again to the mountains. The best known is the Rapa das Bestas of Sabucedo, in the city hall of A Estrada, which lasts three days: the First Saturday, Sunday and Monday in July. In fact, the name given to the celebration (Rapa das Bestas of Sabucedo), while in most places speaking about curros.It is a noble struggle between man and animal. They sabucedo measure their strength in Pontevedra, where this year have gathered 400 horses. The Aloitador Michael Tourino says proudly: "We do not use sticks or ropes, this is a melee with the animal."The first step is to remove the foals for their safety. A mission entrusted to the smallest. The work of the aloitadores is a matter of skill and strength, but also experience. And it bronco riding, time stops. Horse reduce it by three.If you leave, you are standing rapa, and if not, as Emilio tells us, aloitador, "we have to play desequilibrase and lay down on the floor to cut their manes." The aloitadora, Lucia Gonzalez, believes that "the time is the most dangerous knock him". The festival ends with the return of the animal to mount. It will be a goodbye. Both sides know that their strength measured again within a year, as from the eighteenth century.The Rapa das Bestas, declared of International Tourist Interest since 2007, annually welcomes thousands of visitors from around the world who travel to enjoy a show of great intensity.