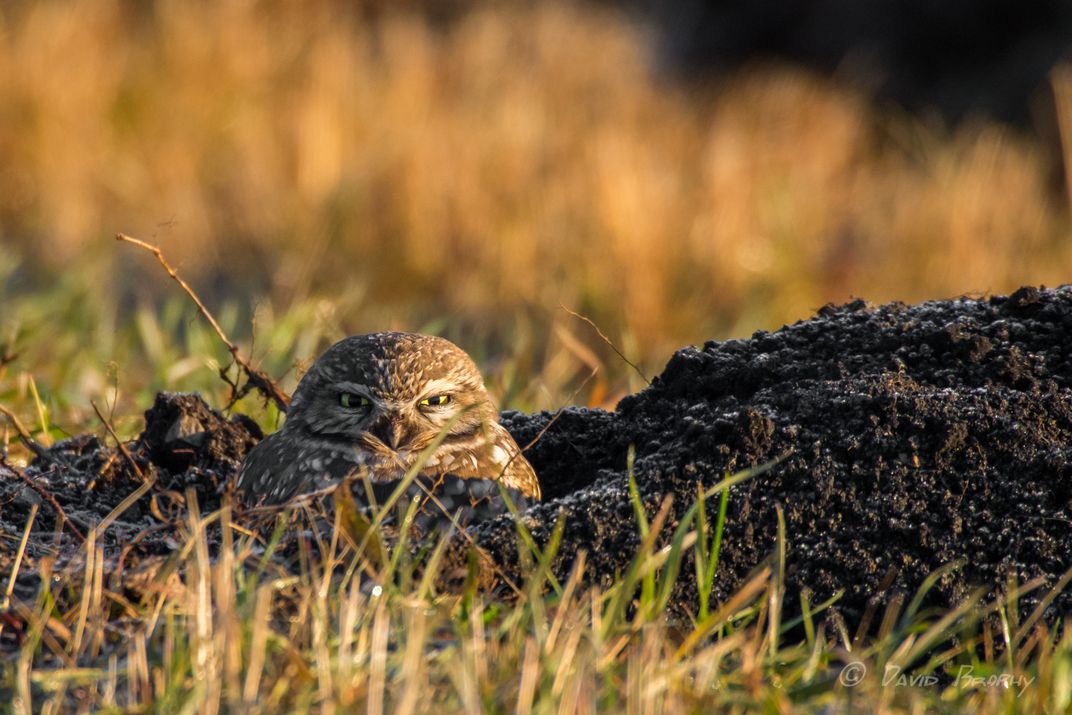 According to the Manitoba Burrowing Owl Recovery program website, the population of the Burrowing Owl has declined more than 90% across the Canadian Prairies in the past 25 years. The loss of this beautiful creature has been attributed mostly to the loss of its natural grassland habitat and suitable nesting areas. In 2012 there were fewer than 10 pairs remaining in the province of Manitoba. This Owl was seen and photographed in an area where they have not been seen for many years. After a brief investigation it was verified that none of the captive bred birds had escaped making this the only known wild Burrowing Owl sighting in Manitoba in 2015.