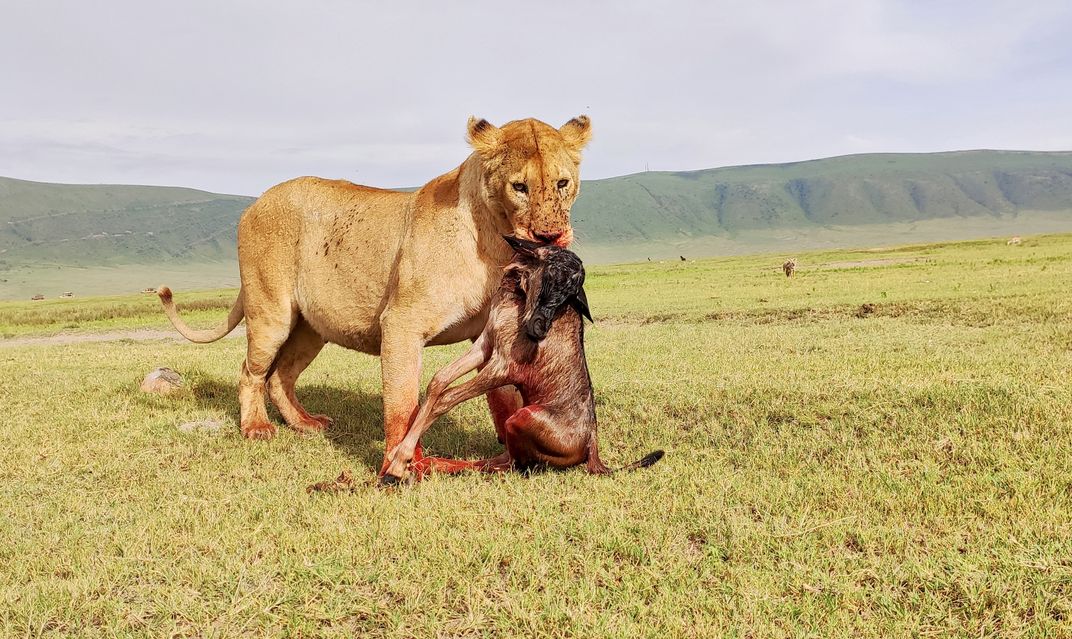 A nomad lioness picked up its easy prey, a newborn wildebeest at the Ngorongoro crater, Tanzania. The image bears not only a heartbreaking instance of a newborn wildebeest cub that never flourished but also shows so many other lives that depend on a lion kill. As the lioness dragged the cub, two tiny red back jackle (seen behind the lion in the picture) followed the lioness with the hope of getting a share. At the same time, the two wildebeest, the parents who lost its cub is watching from far off (right side of the image) - the circle of life.