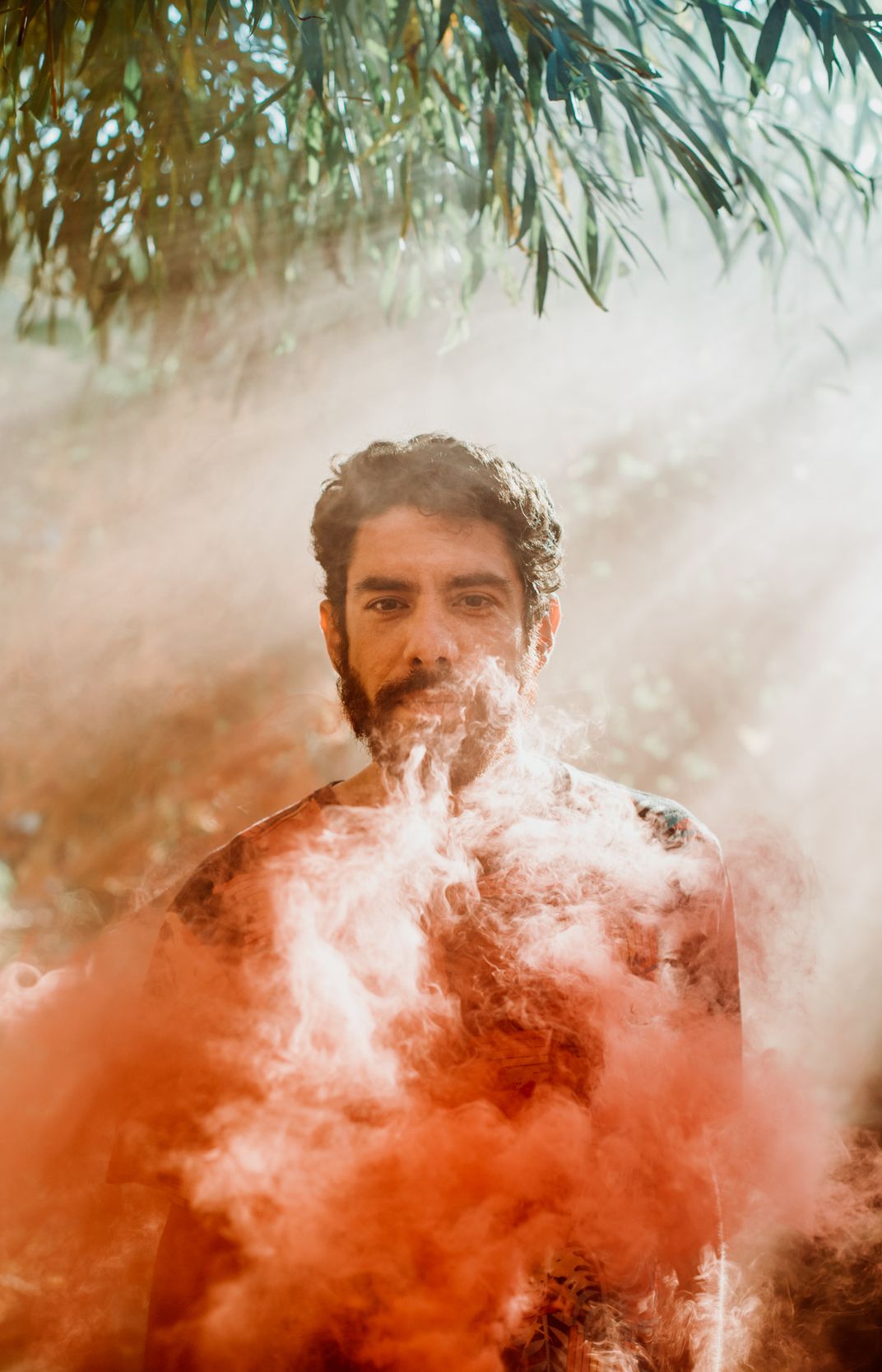 This is a portrait of the Brazilian poet and musician Luca Argel. We were taking portraits for the release of his new musical project "Black Admiral" about the Brazilian revolution, raising awareness on black slavery and racial discrimination. Despite the weight of the lyrics and narration of his project, describing how black sailors working for the Brazilian navy were still treated miserably until they decided they've had enough, the music itself is cheery and hopeful, and that is exactly the feeling we wanted to portray in the pictures; hope, full of colour, yet explosive. We wanted to portray the sound a happy heart makes after it's liberated.