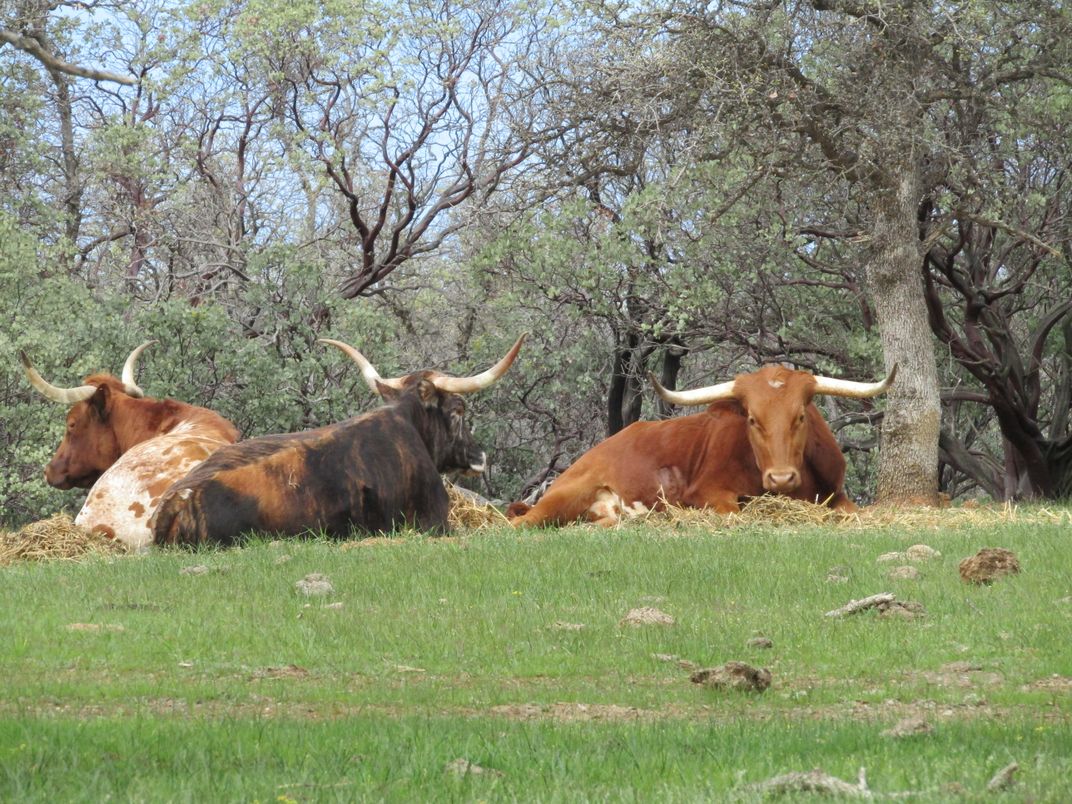 Photographed in Tehama County, Red Bluff, CA Strong beautiful creatures. History of the breed A Texas Longhorn steer Genetic analyses show the Longhorn originated from an Iberian hybrid of two ancient cattle lineages: “taurine” descending from the domestication of the wild aurochs in the Middle East, and “indicine”, descending from the domestication of the aurochs in India, 85% and 15% respectively by proportion.[3] The Texas Longhorns are direct descendants of the first cattle in the New World. The ancestral cattle were first brought over by Christopher Columbus in 1493 to the Caribbean island of Hispaniola. Between 1493 and 1512, Spanish colonists brought additional cattle in subsequent expeditions.[4] The cattle consisted of three different breeds; Barrenda, Retinto and Grande Pieto.[5] Over the next two centuries the Spanish moved the cattle north, arriving in the area that would become Texas near the end of the 17th century. The cattle escaped or were turned loose on the open range, where they remained mostly feral for the next two centuries. Over several generations, descendants of these cattle evolved the high feed- and drought-stress tolerance and other “hardy” characteristics that Longhorns have become known for.[6][7] wikipedia