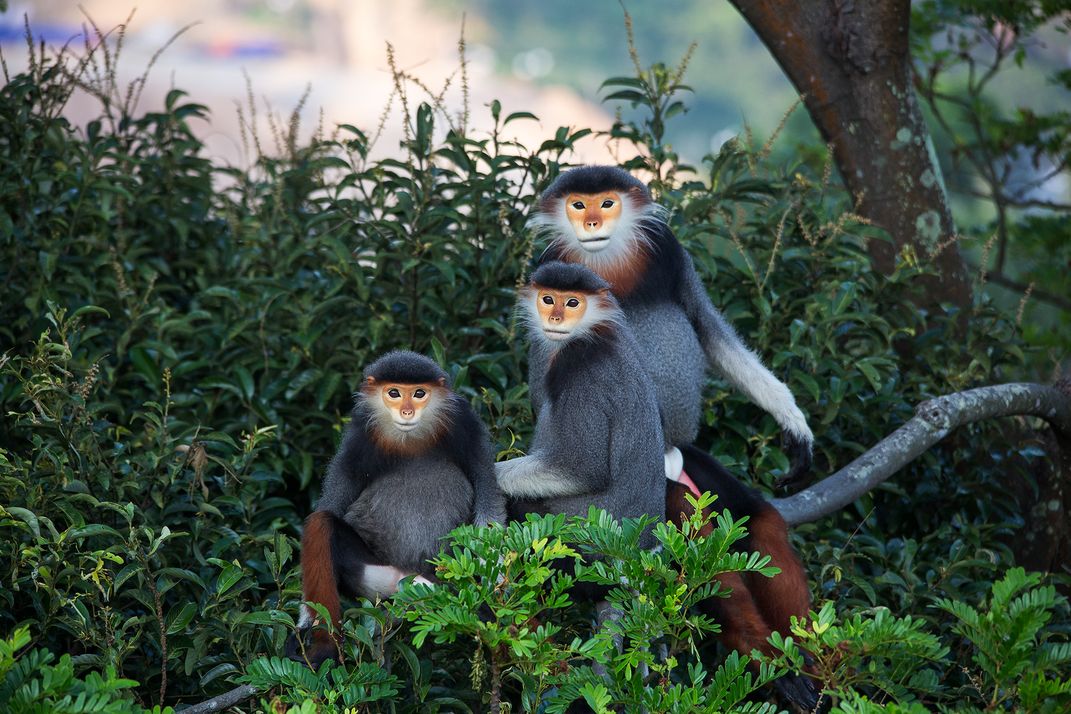 The red-shanked douc is a species of Old World monkey, among the most colourful of all primates. They live in SonTra Peninsula , Danang, Vietnam . They become the symbol of Danang city . But because of the profit of some people the Govement allow some Group to building Villa and Resort on the Mountain to destroy the jungle where the Red shanked douc living , that ruin their habitat . Even Scientists have proposed to add red shanked douc into the list of critically endangered species for stricter protection.