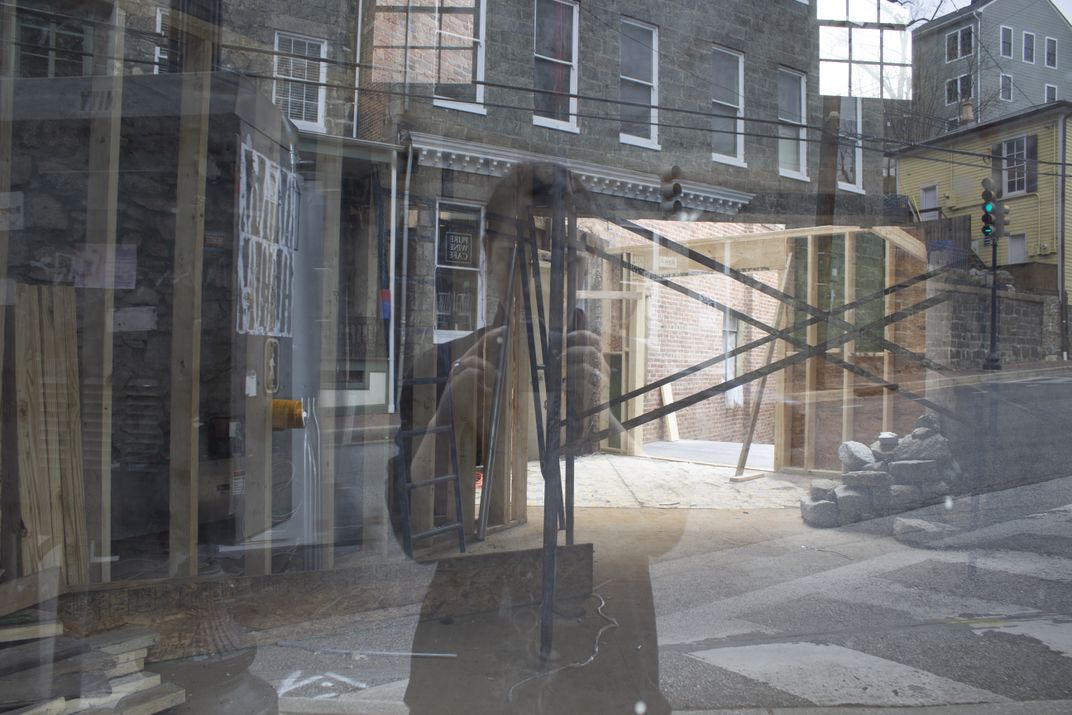 The photograph is titled Reflection and is inspired by the photographer Vivian Maier. She's an American street photographer that experiments a lot with reflective surfaces specifically in an urban city environment. I wanted to capture the essence of her photography within this work but at the same time maintaining my own style.  I took this in Old Ellicott City, Maryland after it was tragically flooded back in May of 2018. I found myself not only wanting to capture Maier's photography style but also bring light to how a place like Old Ellicott City, a city close to home can rebuild itself after such an unfortunate event.