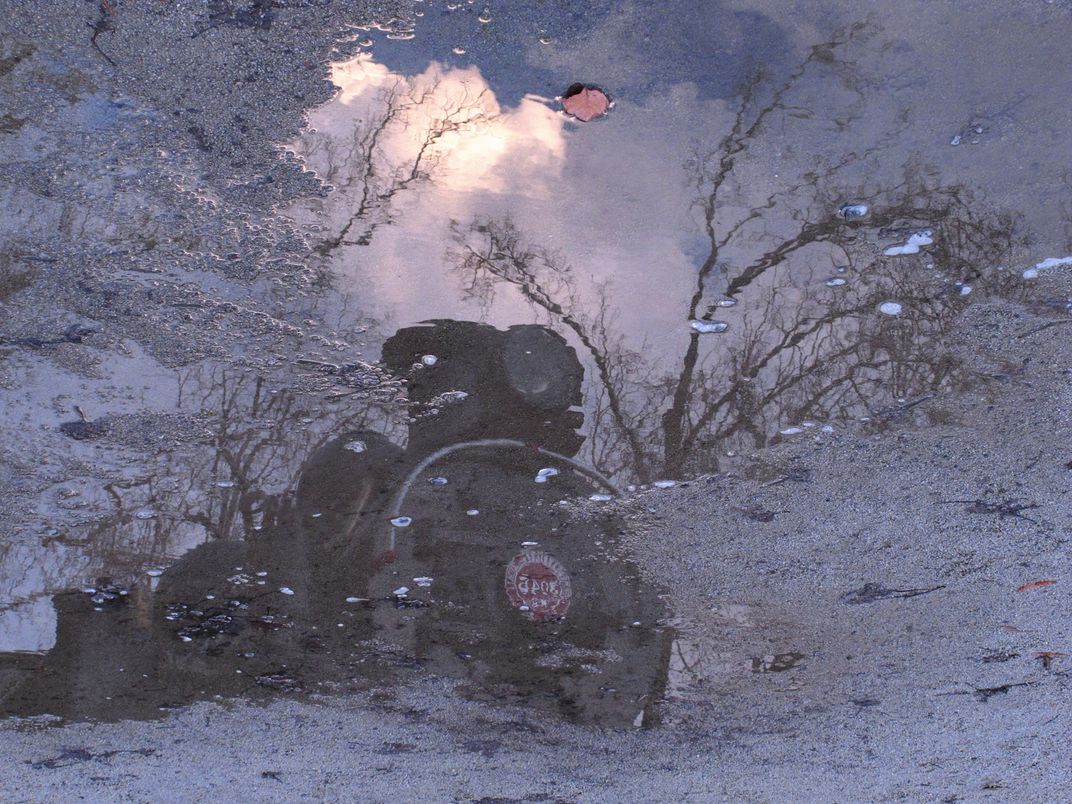 Reflex of an old locomotive and cloud during sunset in a puddle of melted snow in Quinta Normal outdoor train museum, Santiago de Chile, Chile. Because of the cloud over the chimney the train seems to be in movement or working throwing smoke. Photograph taken in the afternoon of 15 July, day when a very big snow storm fell in Chile after decades without such a big snow like this. This old train does not work anymore but the cloud over the train looks like the smoke from the chimney.