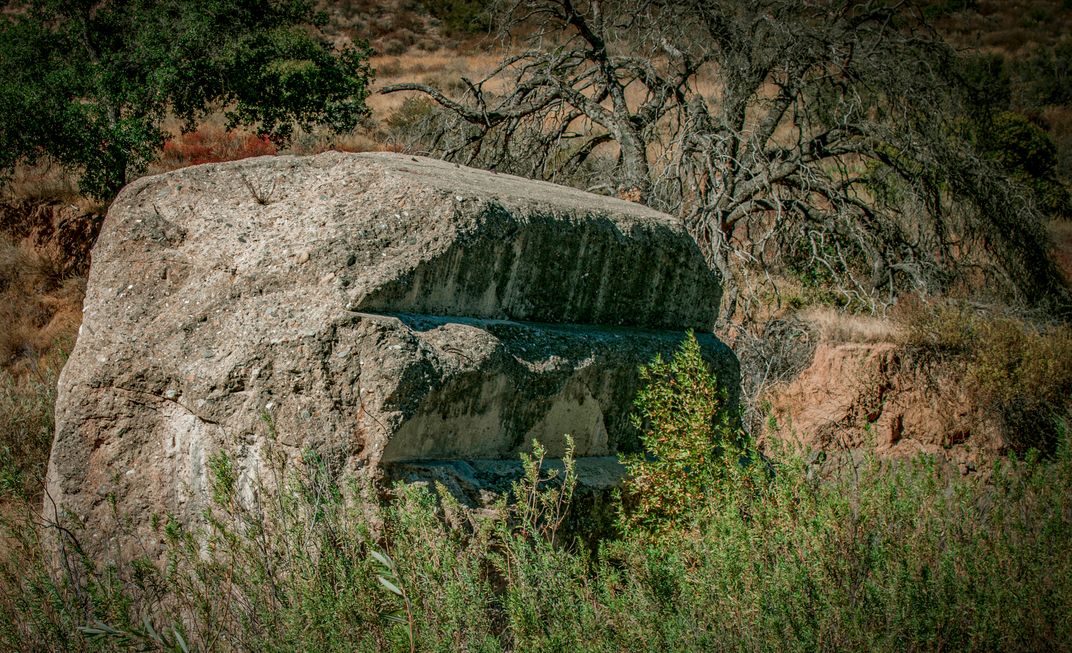 This concrete rubble -- a portion of the remains of the stepped, downstream side of the St. Francis Dam -- ended up about a mile south of the dam site, where it has remained for 92 years. Designed by famed hydraulic engineer William Mulholland, the St. Francis Dam was an essential component of the Los Angeles aqueduct system, which transported water 233 miles from the Owens Valley to the City of the Angels. Built to hold enough water to supply L.A. residents for a year, it collapsed at midnight on March 28, 1928, sending 12.5 billion gallons of water roaring 25 miles westward towards it final destination in the Pacific Ocean, killing upwards of 500 people and ending the career of Mulholland, the revered self-taught engineer and an Irish immigrant whose steadfast dedication to the Los Angeles Water Company for over 50 years helped transform Los Angeles from a small and parched Spanish pueblo into a sprawling metropolis. The St. Francis Dam disaster is considered the worst civil engineering disaster of the 20th century.