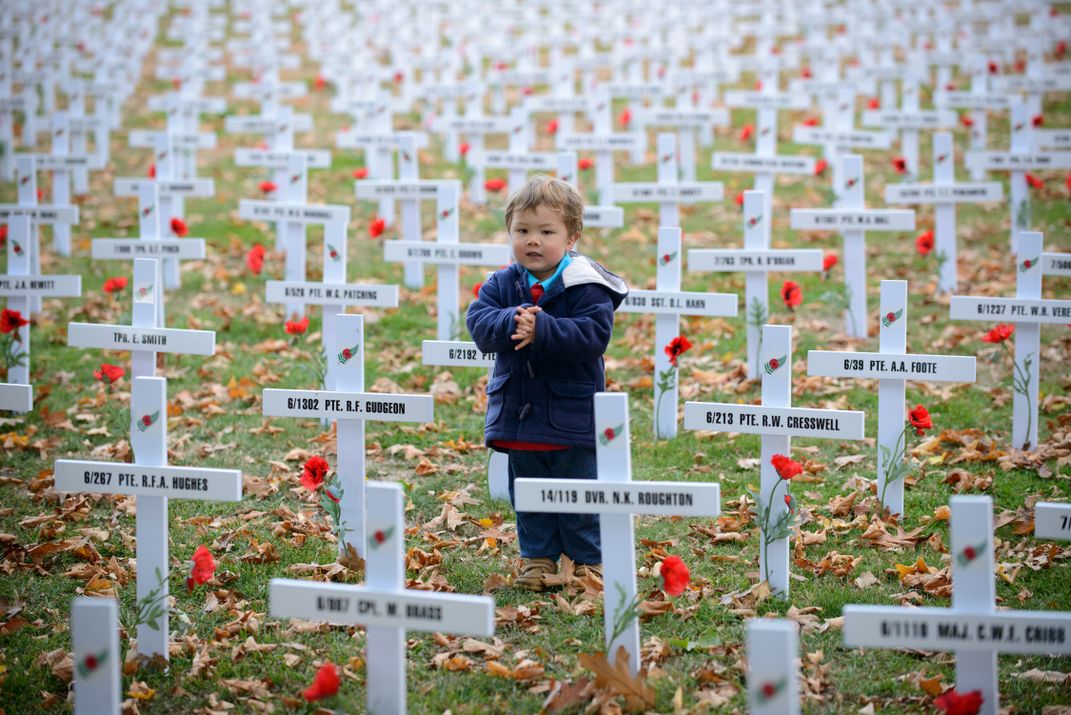 A child walks along white crosses on the lawn following the ANZAC Day Dawn Service at Cramner Square on April 25, 2016 in Christchurch, New Zealand. In 1916 the first Anzac Day commemorations were held on 25 April. It's been 101 years since the Australian and New Zealand Army Corp (ANZAC) landed on the shores of Gallipoli during World War 1. Anzac day is a national holiday in New Zealand, marked by a dawn service held during the time of the original Gallipoli landing and commemorated with ceremonies and parades throughout the day.