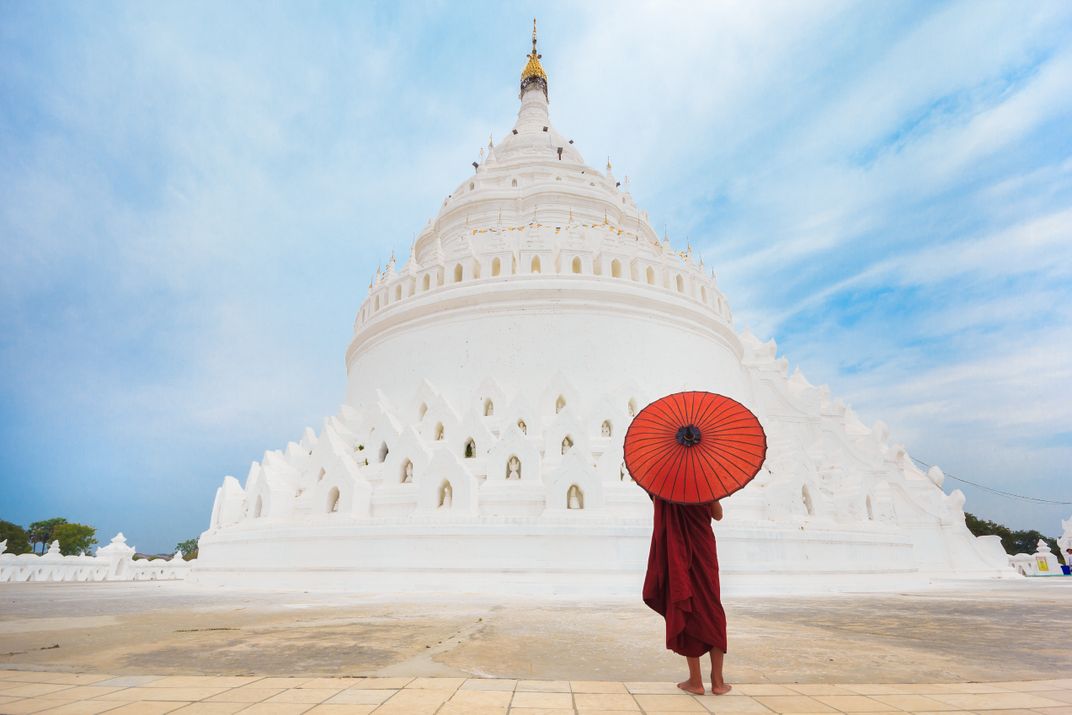 At northwest of Mandalay, Myanmar - you can see big structured pagoda which is totally white colour and called MyaTheinTan Pagoda. The construction of the pagoda began in the year 1816 under( Konbaung dynasty ). It is one of the very ancient pagodas and its architecture deviates significantly from the Burmese model of pagodas. It is modeled on the physical descriptions of the mythical pagoda on Mount Meru, called the Sulamani Pagoda. You must say ” WoW ” if you reach the large gates of pagoda and see the structure.