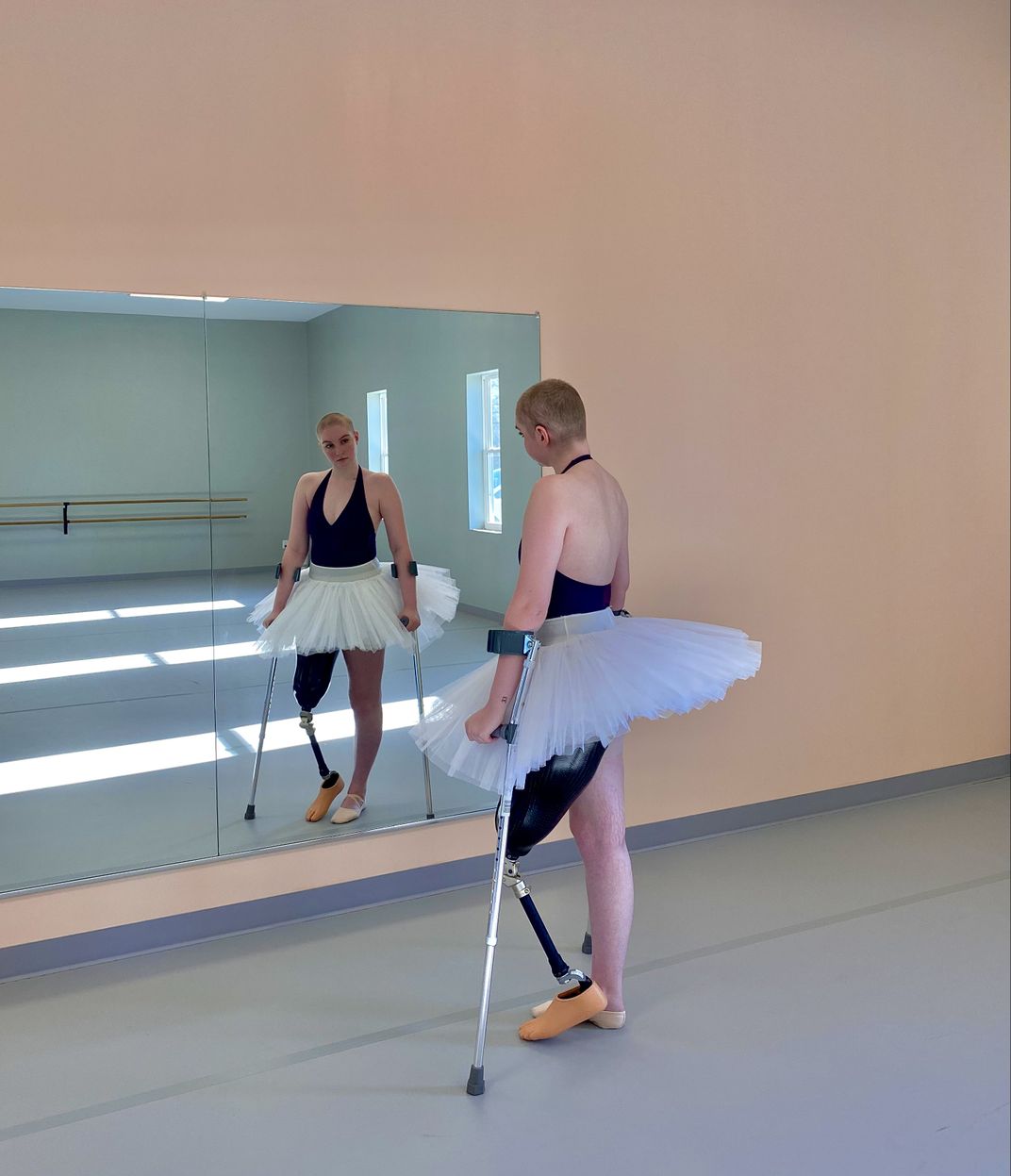 My daughter was a pre-professional ballerina and danced since the age of 3. She was diagnosed with osteosarcoma, an aggressive form of bone cancer, in January of 2020 at the age of 18 during her freshman year of college as a dance major. This photo was taken almost 1 year ago, the month after she finished 9 months of chemotherapy. Her hair was just starting to grow back. She had just received her first prosthetic. This was her first return to the ballet studio. This is a photograph of resilience, pure and simple. She had already endured the unexpected death of her father at age 13. This was another unexpected blow. She didn’t expect me to take this picture. You can see the self reflection in her eyes. If you were to see the reflection of the photographer in the picture (myself, her mom), you would see the indescribable and enormous pride in my eyes.