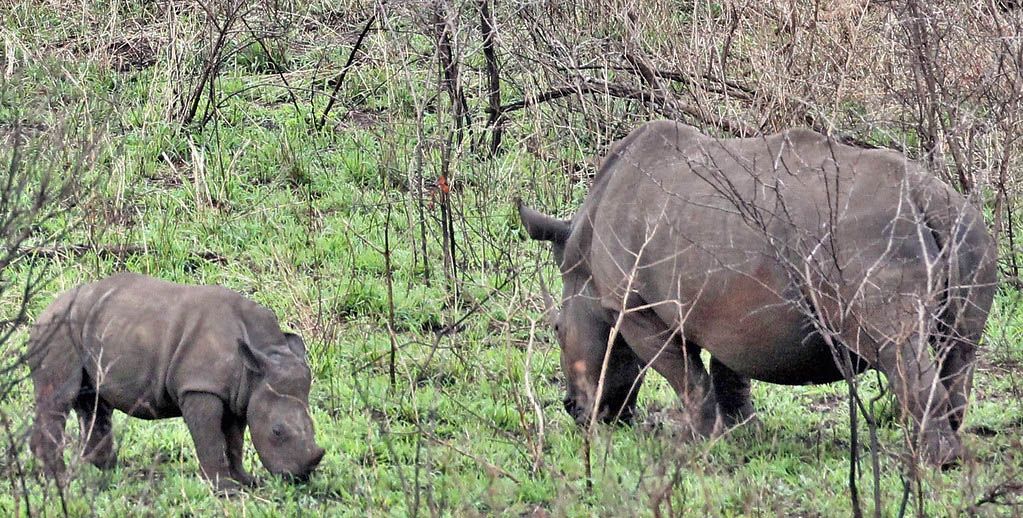 Mother and calf rhino grazing: Driving through Kruger National Park, the largest in South Africa and larger than the country of Israel, we came across these two grazing. Incredibly, to me were a male and two female lions some distance off, quietly watching. When the mother rhino sensed (?) the lions she took off with her calf quickly following. The lions did not move, but like a scene from a movie, two more rhinos appeared from the upper growth and took a stance side by side, facing the lions. Rear Guard? Whatever, it was very cool.