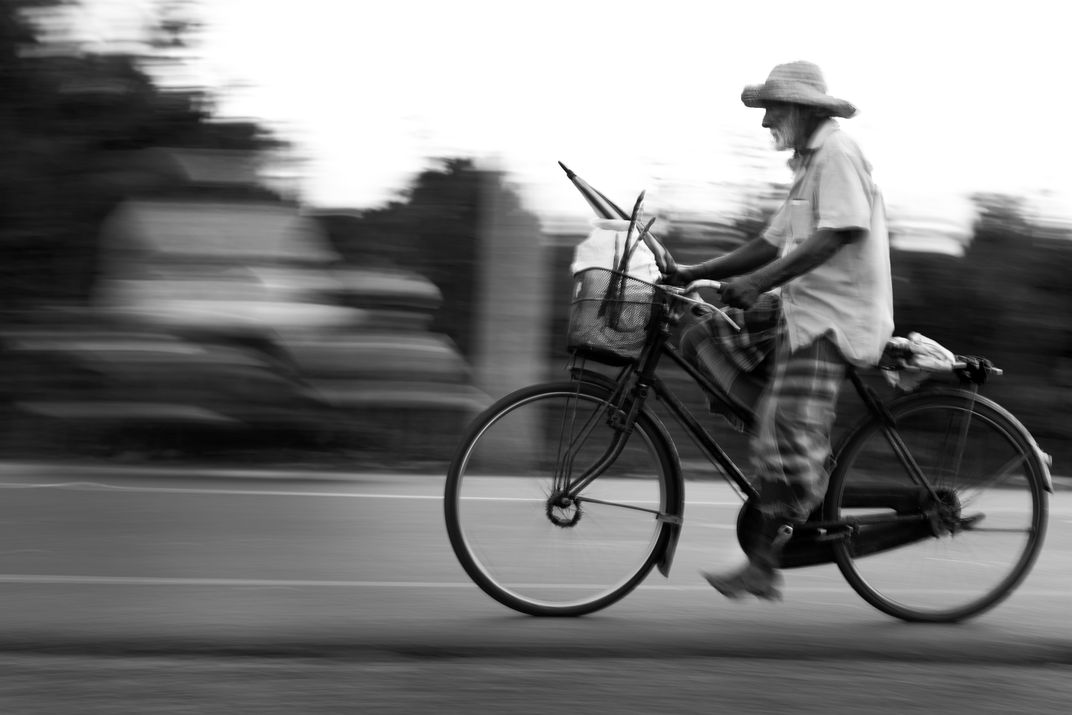 This photo was taken in Jaffna district northern part of Sri Lanka. Jaffna district is one of the least populated and less traffic district in Sri Lanka. The district was one of the district that heavily affected by civil war in the past. That made people to use human energy instead of Gasoline for transportation. Now the war is being over Gasoline powered motorbikes are common means of transport but still bicycle has a strong place in people heart. Bicycle also a resort for our physical activities where our lifestyle is mostly sedentary these days. When I'm bored and nothing much interesting to shoot I used take panning shots in the streets after finding a good point to sit. I look for interesting subjects, age , facial features etc. When I took this photo I really didn't know about this man except the fact an old man in my district. But later I found out he's the father of my good friend. He was extremely happy that I took this photo and he said this is the best photo of his father he ever had.