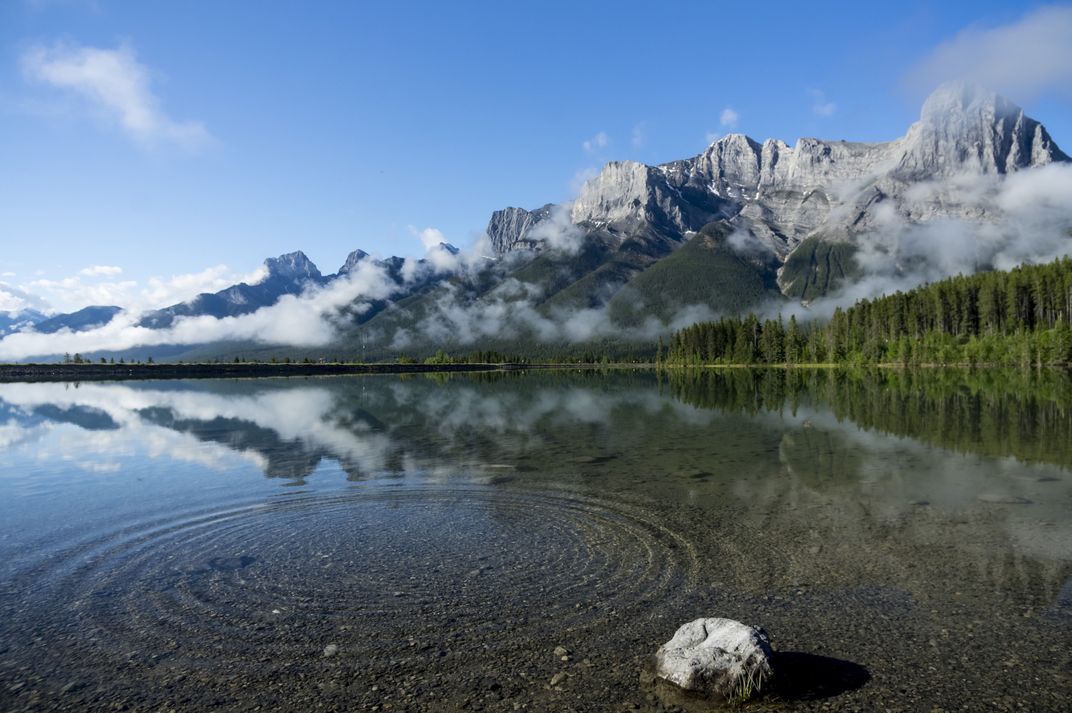 It was early morning and I was hoping to find an area where I could capture rising mists along the mountain range before the sun evaporated them. Staying several days in Canmore, Alberta, I arose early and drove to a nearby lake to see what I could find. I found what I wanted at Spray Reservoir, which was clear as glass on a calm morning. Across the lake was Mt Rundell with clouds drifting past it. After moving around to several locations, I think I captured the essence of what I was searching for.