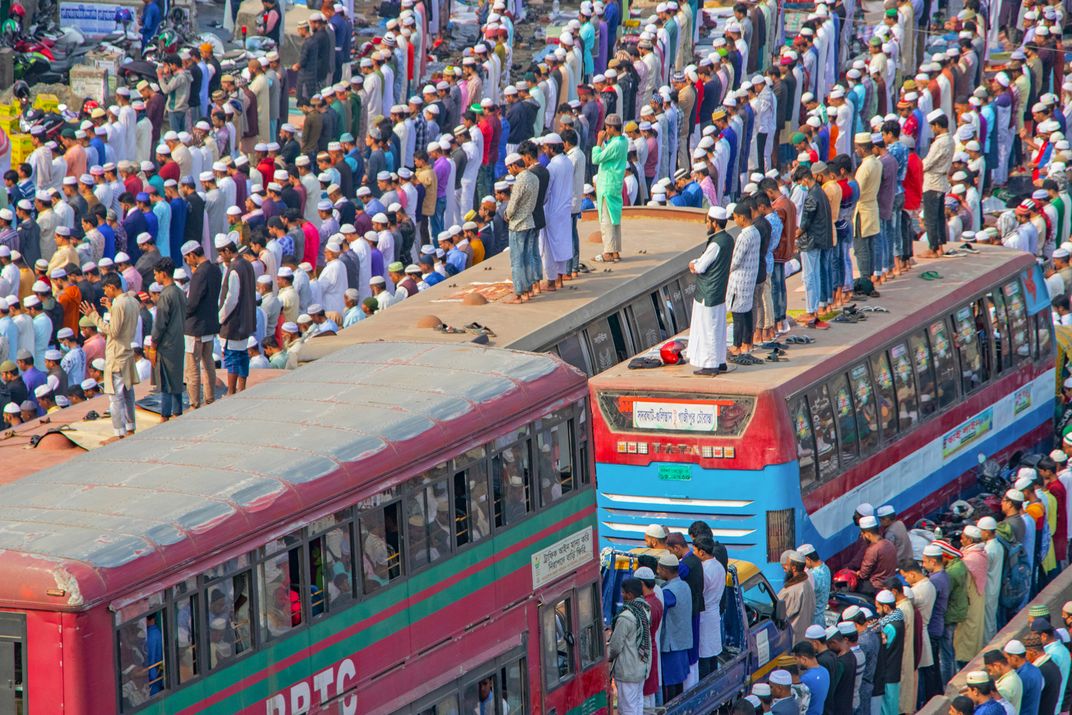 Muslim devotees pray on the street in Dhaka, Bangladesh, during Bishwa Ijtema, one of the major Islamic religious gatherings which is observed annually. Dedicated prayer grounds are not enough to handle this huge number of people, so large numbers of people come to Tongi, the main street of Dhaka. All the ground transportation and pedestrian crossings are suspended during that time. Sometimes, people risk their lives climbing up to the top of the buses to stand and pray as they find no other alternative way in the overcrowded region.