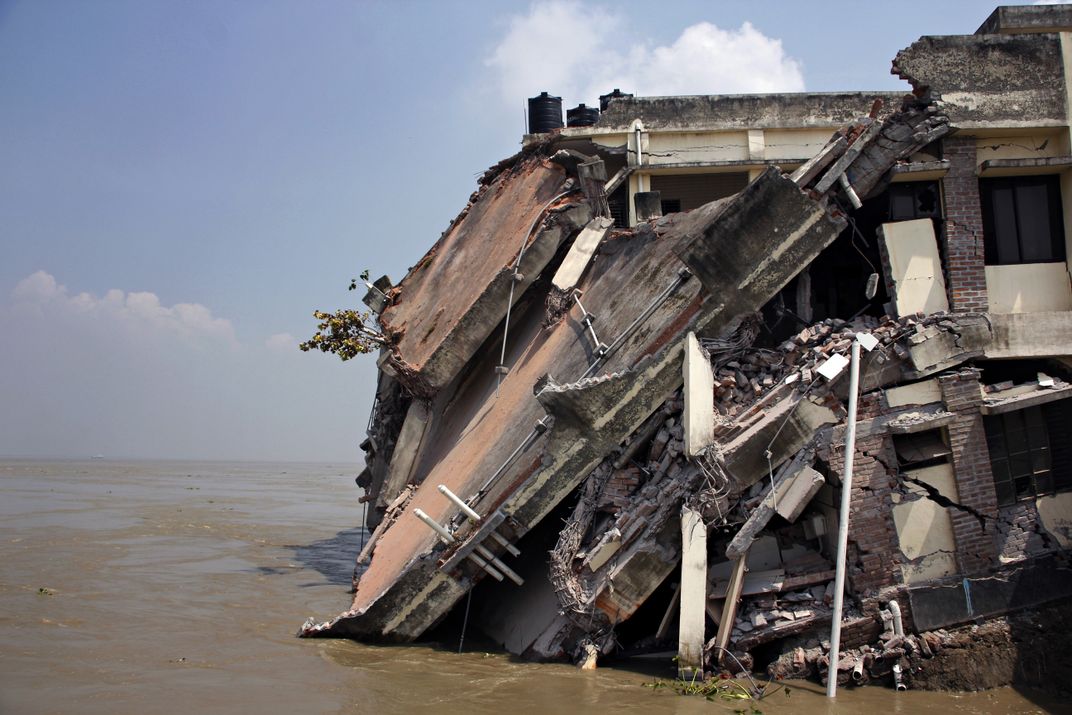 River erosion has continued for the last few years but the Padma has become terribly destructive this monsoon and engulfed at least two square kilometres of land in Naria Upazila in the central district of Shariatpur. Muktarer Char, Kedarpur Union and a huge swathe of land in Naria Municipality have almost lost their existence to the continuous erosion of the river. At least 5,000 families in the areas have lost their households and become refugees. The Padma has also begun to devour the Naria Upazila Health Complex, the only government institution with 50 beds for patients to provide health services to the 250,000 people. Apart from agriculture, expatriate remittance is another source of income for the people in Naria. Many families have one or two of their members living in Italy or in other European countries. The river erosion is also destroying the high-rise buildings that were constructed with the money sent by the migrant workers. A number of houses, bridges, roads, culverts along with more than 400 shophouses and business houses went into the river within a week. Many of the locals are shifting their houses and shophouses to survive. The affected families have taken refuge in the 39 cyclone centres. They have received rice and other dry food. The government has also moved to provide money and tin to rehabilitate the affected families.