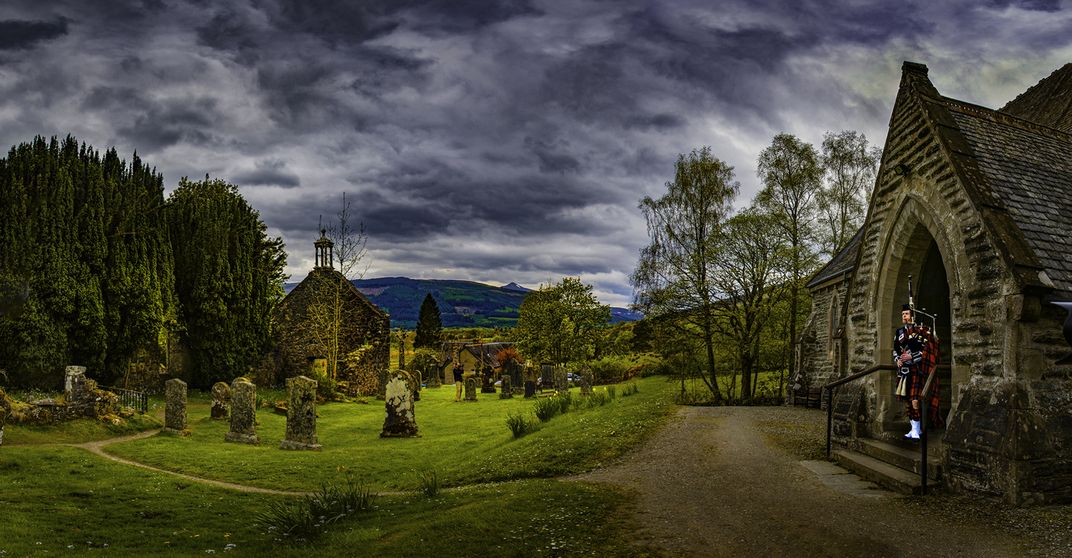 Rob Roy MacGregor, the folk hero and Robin Hood of the highlands, is buried in the atmospheric churchyard of a Victorian parish church in Loch Lomond and the Trossachs National Park. A romantic 18th century figure, made famous by the work of two famous writers, he may be an example of the old adage that when it comes to fame, "There's no such thing as bad publicity." Unlike the legendary figure Robin Hood, with whom he is often compared, the outlaw Rob Roy MacGregor was a real man. He was born in 1671 near Loch Katrine and lived most of his life in the Breadalbane area of the Trossachs. Before he died in his bed in Balquhidder Glen in 1734, a famous novelist had used his colorful life to turn him into a legend in his own lifetime.