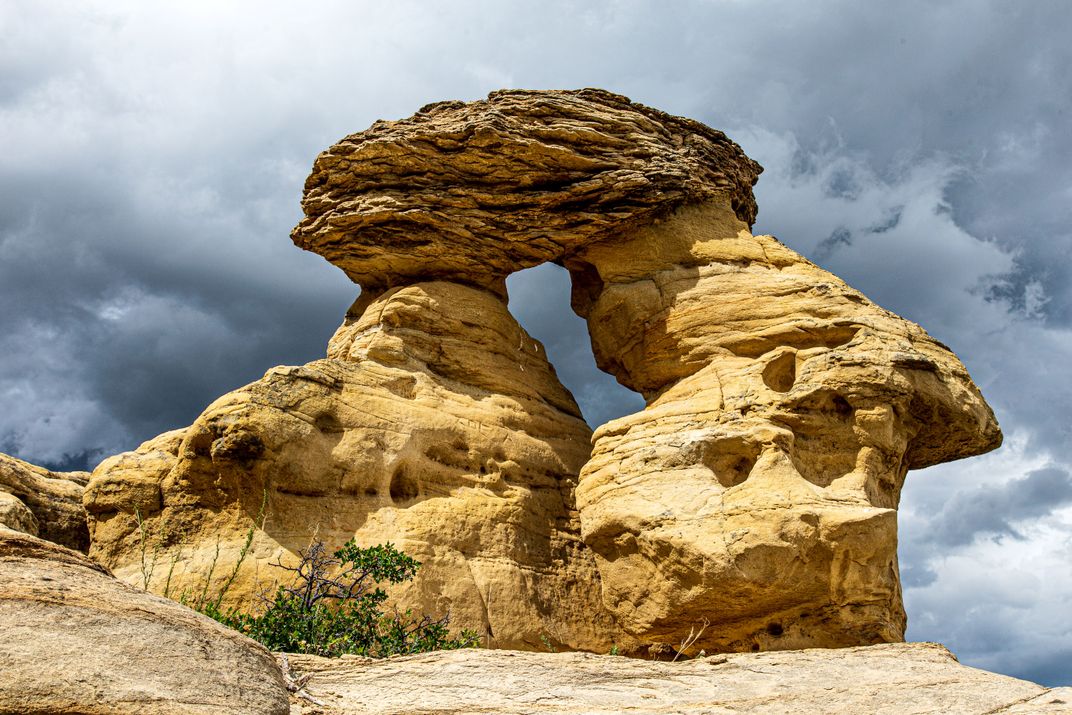 The shot was taken with my Canon 6D in Writing on Stone Provincial Park located in southern Alberta, just north of the Canada-US border. The site is known as Áísínai’pi, which means “it is pictured” or “it is written” in the Blackfoot language. The park features thousands of rock formations, paintings and carvings created by the Siksikaitsitapi, most of which date to 1050 BCE. Established as a provincial park in 1957, Áísínai’pi was designated a National Historic Site in 2004, and a UNESCO World Heritage Site in 2019.