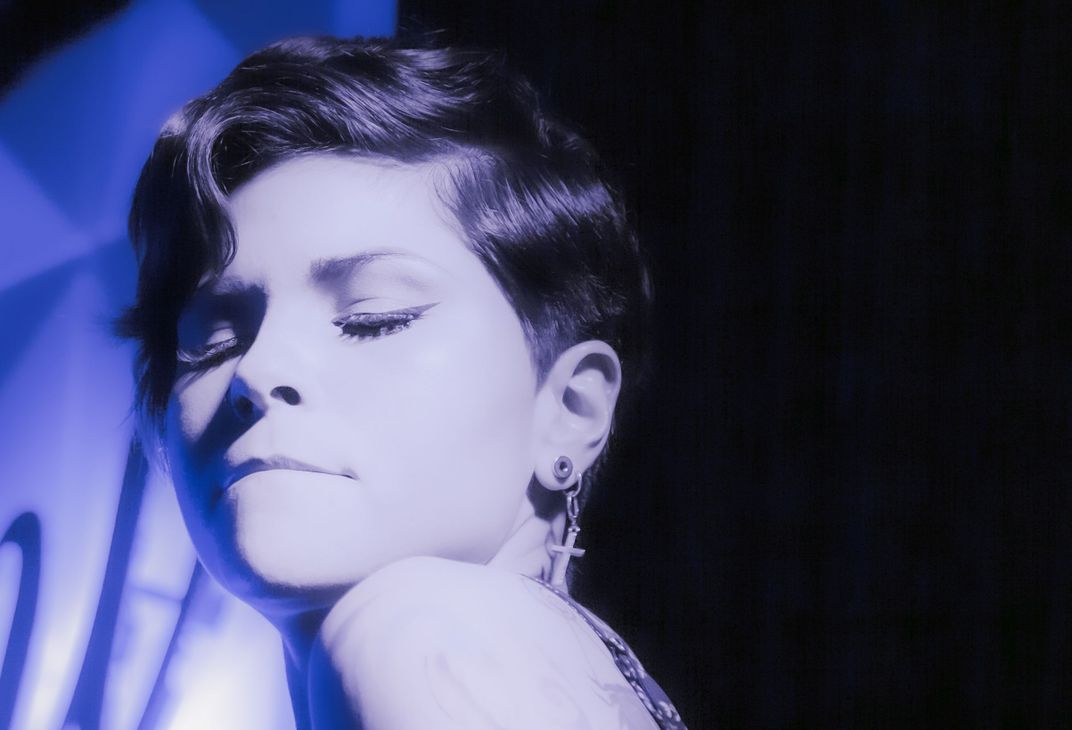 Rock Singer. Her name is Jennifer Espinoza. She once toured with the Queen Extravaganza and was personally chosen by Roger Taylor, the (former) drummer for the band Queen. The Extravaganza was organized by Taylor and Queen's former lead guitar, Brian May. Her selection to be part of the Extravaganza Band was primarily on the basis of her extraordinary voice. However, stage presence was additive to Taylor's decision. Though not particularly evident in this image, Jennifer displays, in her onstage performing, a unique range of expressions. Those expressions are emblematic of her personality and passion for music. I did not know anything about her, initially. That would come later. The voice captures your attention but it was her compelling expressions and onstage dance movements that drew my desire to photograph her many times resulting in hundreds of images. Finally, Jennifer's talent to adapt to differing musical types and environments, evident in her professional career (Six Flags), further extended my photographic interest.