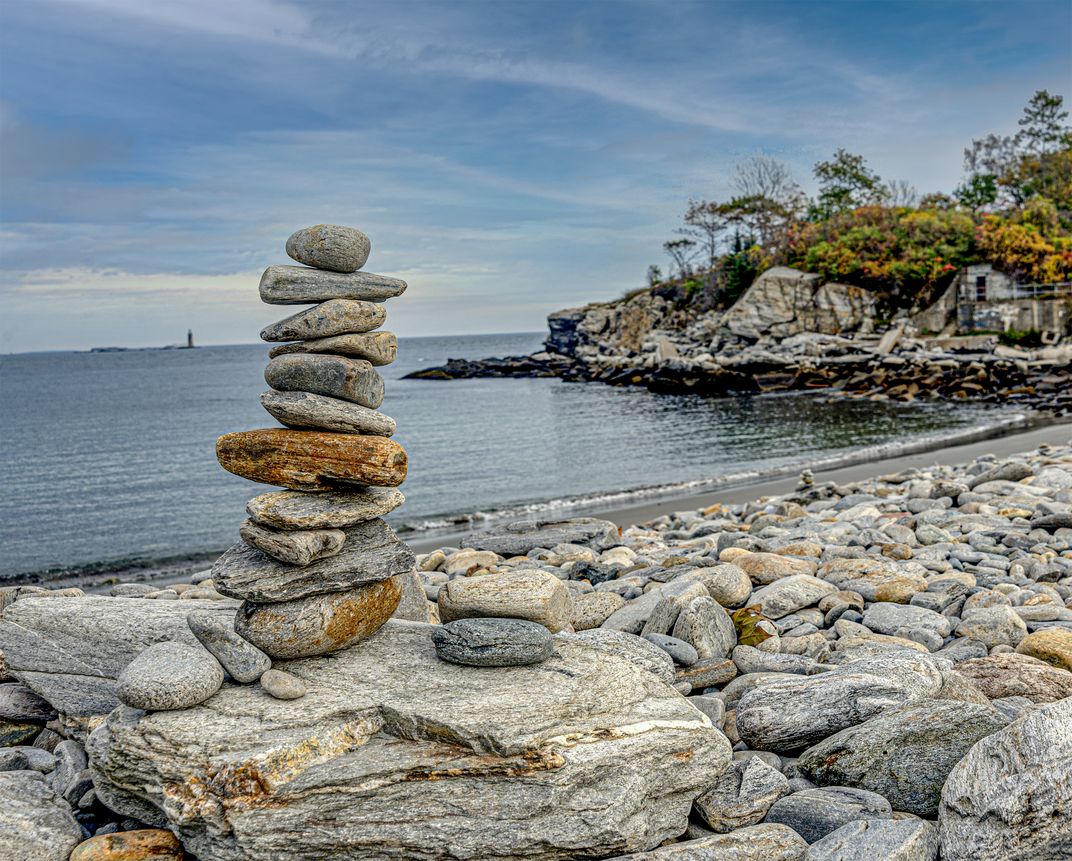 I was traveling in Maine and while visiting Two Lights State Park in Cape Elizabeth I saw this stack of rocks. I learned that this sort of man-made rock formation historically marked forest paths, designated tombs or identified spiritual places. In Maine, rock stacks are used to mark hiking trails in Acadia National Park and they can also be found in other parts of the state. Some consider the rock stacks to be works of art, according to a travel article published this year in National Geographic. They can be found on beaches, woodlands trails and in open fields. Maine rock stacks are known as Bates Cairns in memory of Waldron Bates who was one of the original pathfinders in Acadia National Park.