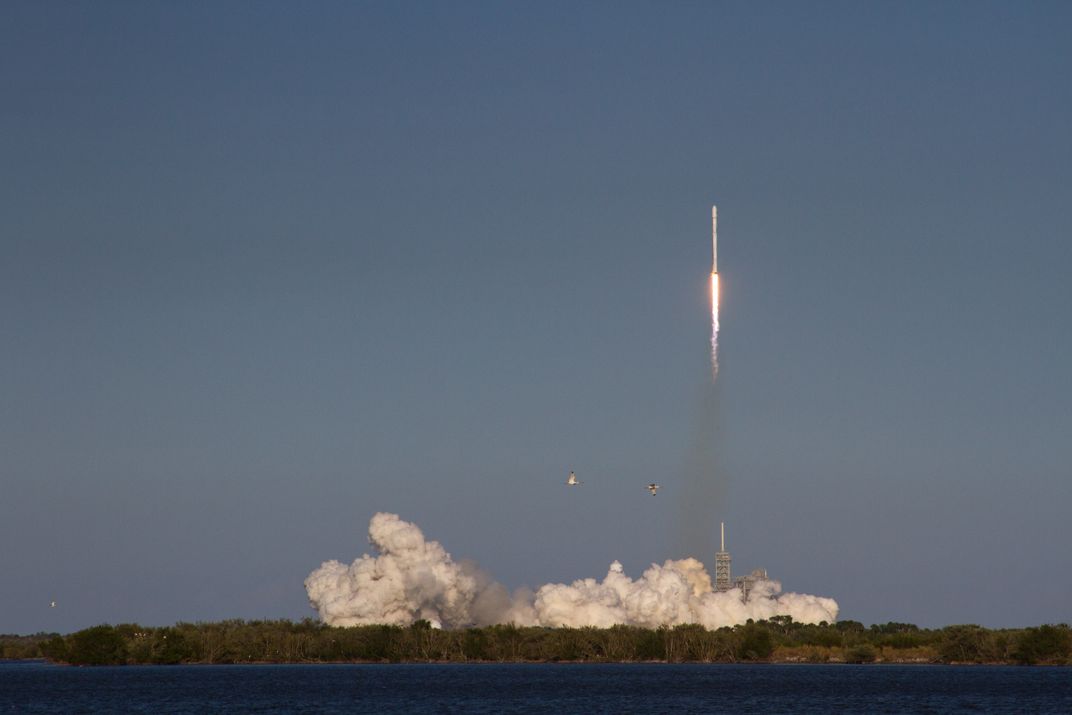 I have never seen a rocket take off into space, ever, until this day. My mom and I were exploring the Kenedy Sace Center in Florida and had researched that there was potentially going to be a rocket launch that afternoon at a different section of the space station. WE took a bus over there and waited. The Rocket could only launch if the weather conditions were just right, if something was even just a little off, they would cancel the launch. We got radioed in that the rocked was going to take off and man did we hear that thing! I was clear across a lake from this rocket and it sounded like I was right net to it! This was quite a historical day too because this rocket was the first ever "reused" rocket ever to be sent back into space.