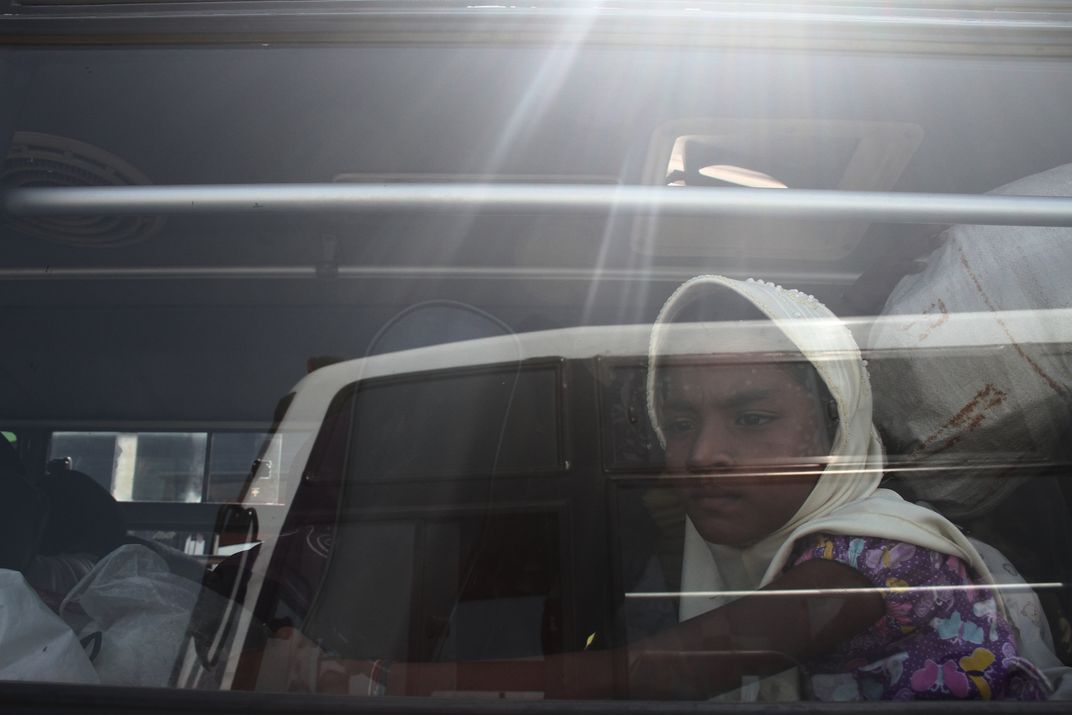 Rohingya refugee women sitting on the bus to be moved to temporary shelters in Lhoksukon because some of the 1,000 Rohingya remain in limbo on May 13, 2015 in the province of Aceh, Indonesia. Rohingya women expect families who now works in Malaysia can come to Indonesia to live together here. Rohingya persecution has increased in recent years with the emergence of nationalist movements have condemned the Buddhist image of Muslims and encourage expulsion of the country's minority groups. Rohingyas are not able to vote on November 8, but they are still in the middle of the election campaign as hundreds of thousands of people without citizenship has been omitted from the voter list.