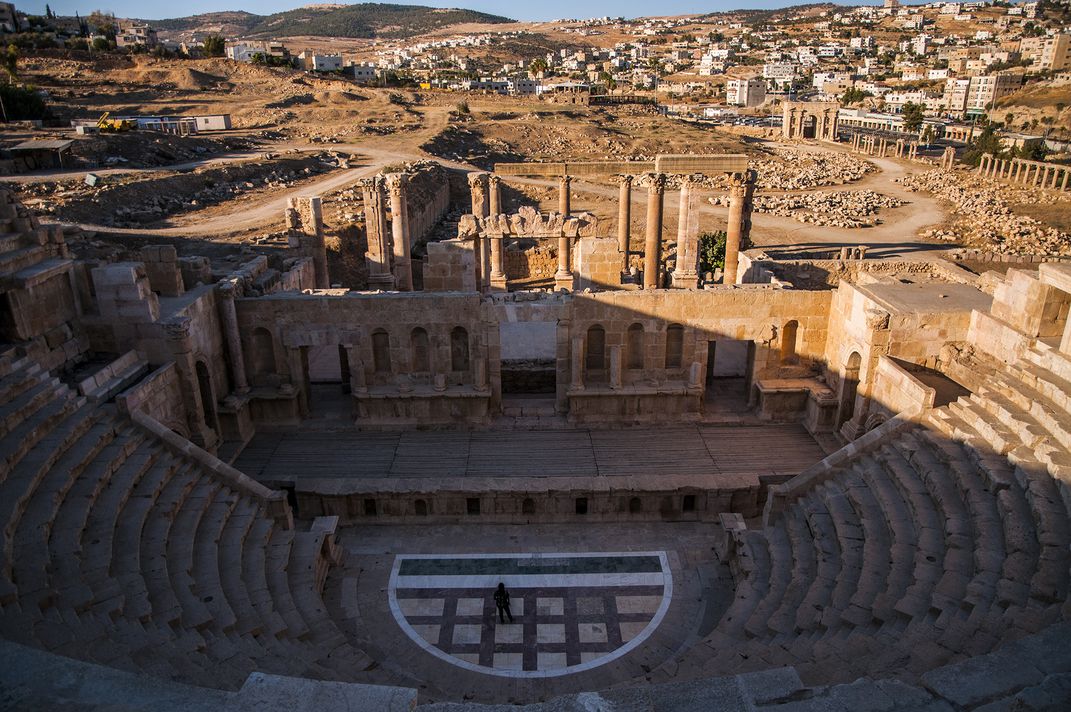 The old Amphitheatre of Jerash, with the new town behind. Jerash is the site of the ruins of the Greco-Roman city of Gerasa, also referred to as Antioch on the Golden River. Ancient Greek inscriptions establish the foundation of the city as being by Alexander the Great or his general Perdiccas, who settled aged Macedonian soldiers there (Gerasa=Old) during the spring of 331 BC, when Alexander left Egypt, crossed Syria and then went to Mesopotamia.