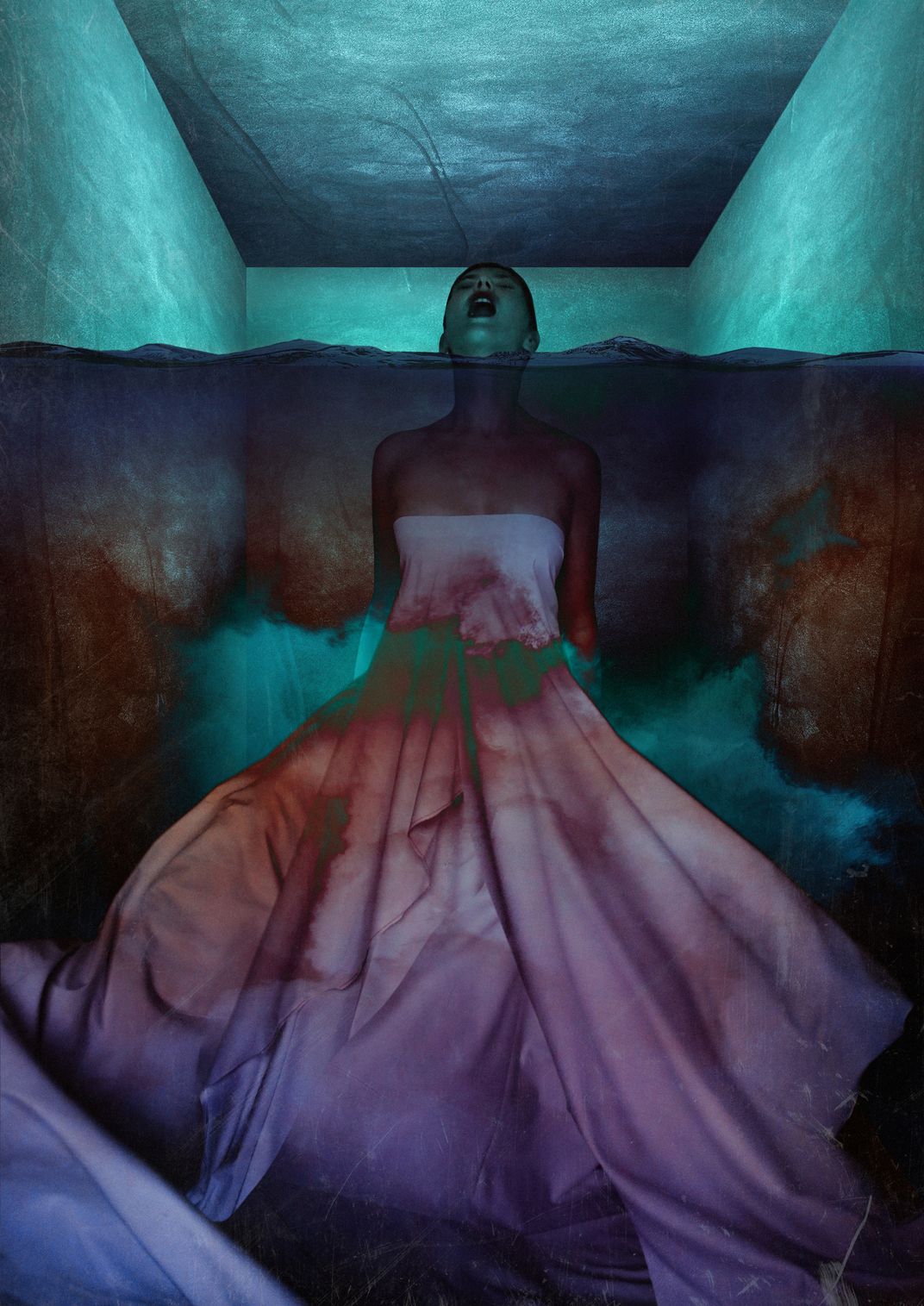 This is a series of self-portrait that emerged from dark times. Using the creation process as a therapy, each element incorporated in the images are symbols and metaphors used to convey a message, a concept or a story. Comparing the human emotions to the four walls of a room, entering such world could lead to discovering pain, loneliness, hopes, powerlessness, betrayal, love and fears amongst other grand scheme consciousnesses. The title is a pun - “room” meaning both the physical space shown, as well as the expression “making room” for feelings instead of neglecting them. The series has been printed on big metal plates, emphasizing the colors and fictional scenes. These prints have been exposed at Art Lover Ground in Barcelona, Spain, in March and April 2018.