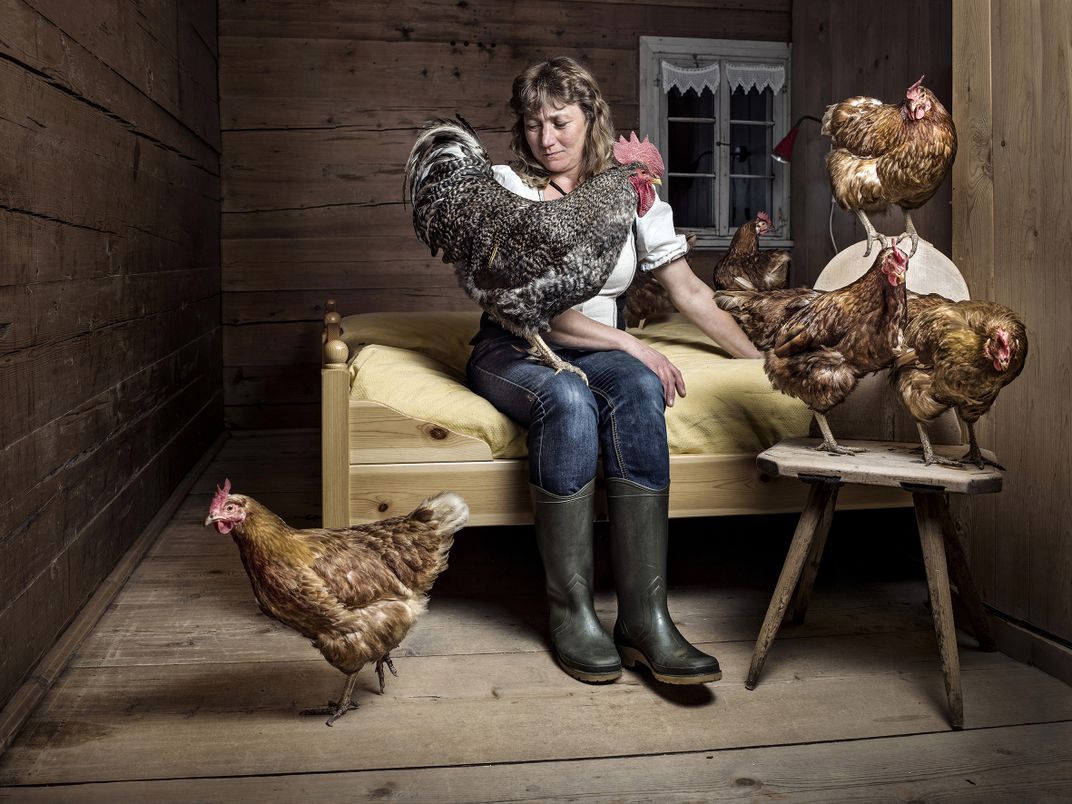 A series of photos from the Safiental valley in Graubünden brings farm animals back to where they used to spend the winter: in the farmer's house. Goats, sows and chickens as roommates: what seems contrived and strange today was almost reality in the past. In the Safiental valley in Graubünden, for example, people had to survive particularly harsh winters and therefore brought farm animals out of the barn and into the living room. In this way, farming families not only ensured their survival - chickens in particular had to be protected from the cold - but also had an additional source of heat in the house. The cackling communal animals were also grateful for the one or other egg that they would not otherwise have laid at this time of year.