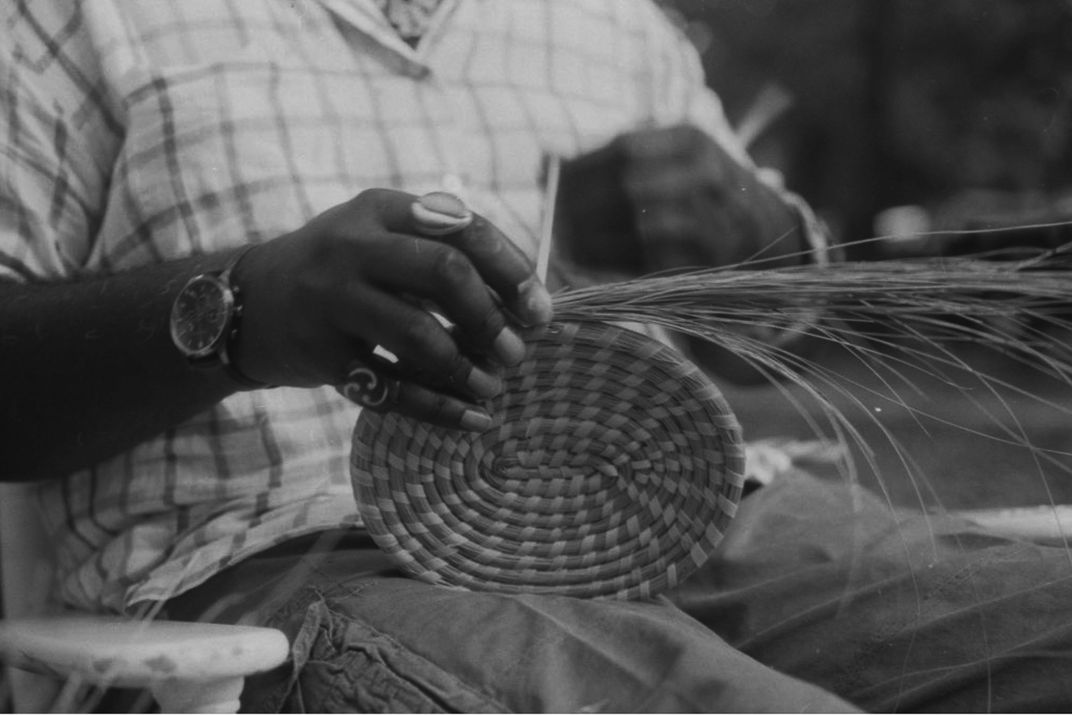 When exploring this land called America, being graced and encompassed by endless amounts of cultures and ethnic backgrounds that have different values, stories, and ways of living is inevitable. The reality that there is not just one identity of what an American is, shows the everlasting beauty of America. The photo that I chose to submit helps to support the reality of diversity in America. The photo was taken on a traditional camera and depicts a man in the process of weaving a sweetgrass basket. The craft of basket weaving is cross-cultural, however, basket weaving for me is highly representative of the Gullah Geechee culture found throughout the southeast region of America. The culture that I am a product of. The Gullah Geechee culture was birthed through the need for the enslaved to be able to relate and communicate despite their tribal barriers. Because of this known fact, it is evident that the need for black unity was what fueled the creation of this culture. Similar to how this culture provided a sense of community amongst the enslaved, today Black Americans who are descendants of the Gullah Geechee culture are given the ability to connect with their ancestors through the art of basket weaving. The activity of basket weaving is also one of many ways that aid in the survival of the Gullah Geechee culture as time passes.