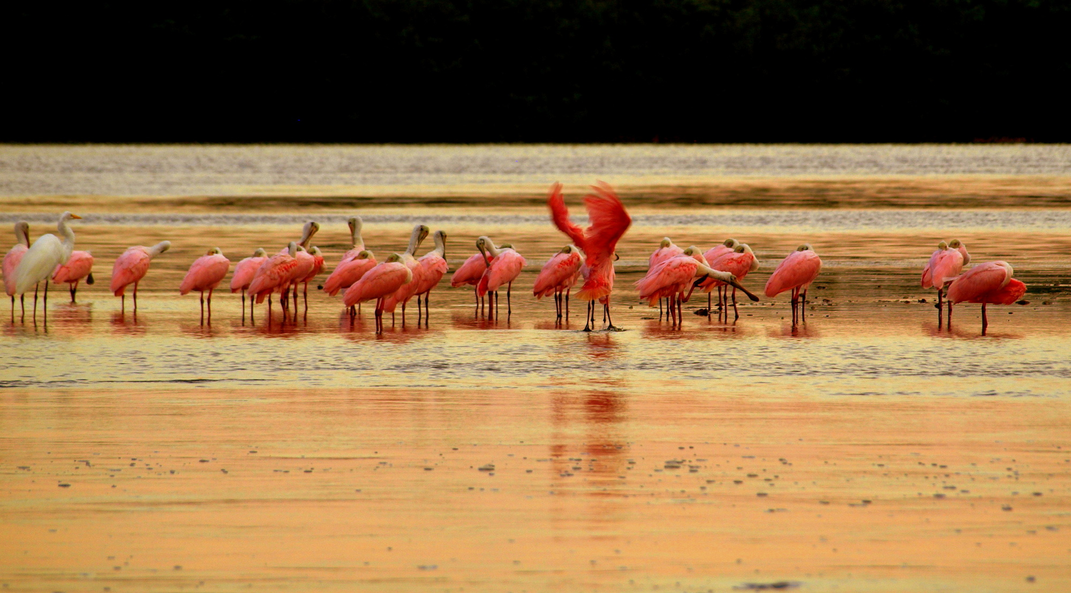 The roseate was nearly extirpated from Florida during the 1800s. Not only was it taken by the plume hunters, it was also killed for its meat, and its rookeries were repeatedly raided for eggs. Now recovering, the numbers of these lovely birds are still only a fraction of what they were when Ponce de Leon first landed in Florida. J.N. “DING” DARLING is 7,608 acres of precious refuge. Jay Norwood “Ding” Darling who was one of the pioneers of conservation, famous for editorial cartoons, alarmed the public to the devastation of America’s natural resources and had an enormous impact on the national public opinion, earning him two Pulitzer Prices. He fought for critical habitats for migratory birds and a stronger conservation ethic among all Americans. Many acres of land were purchased in 1933 – 34 for national wildlife refuge when he was the chief of U.S. Biological Survey, now known as U.S. Fish and Wildlife Service. In 1936 he founded the National Wildlife Federation and served as its first President. Darling warned that careful use of the country’s resources was crucial to the future health and wealth of the nation.