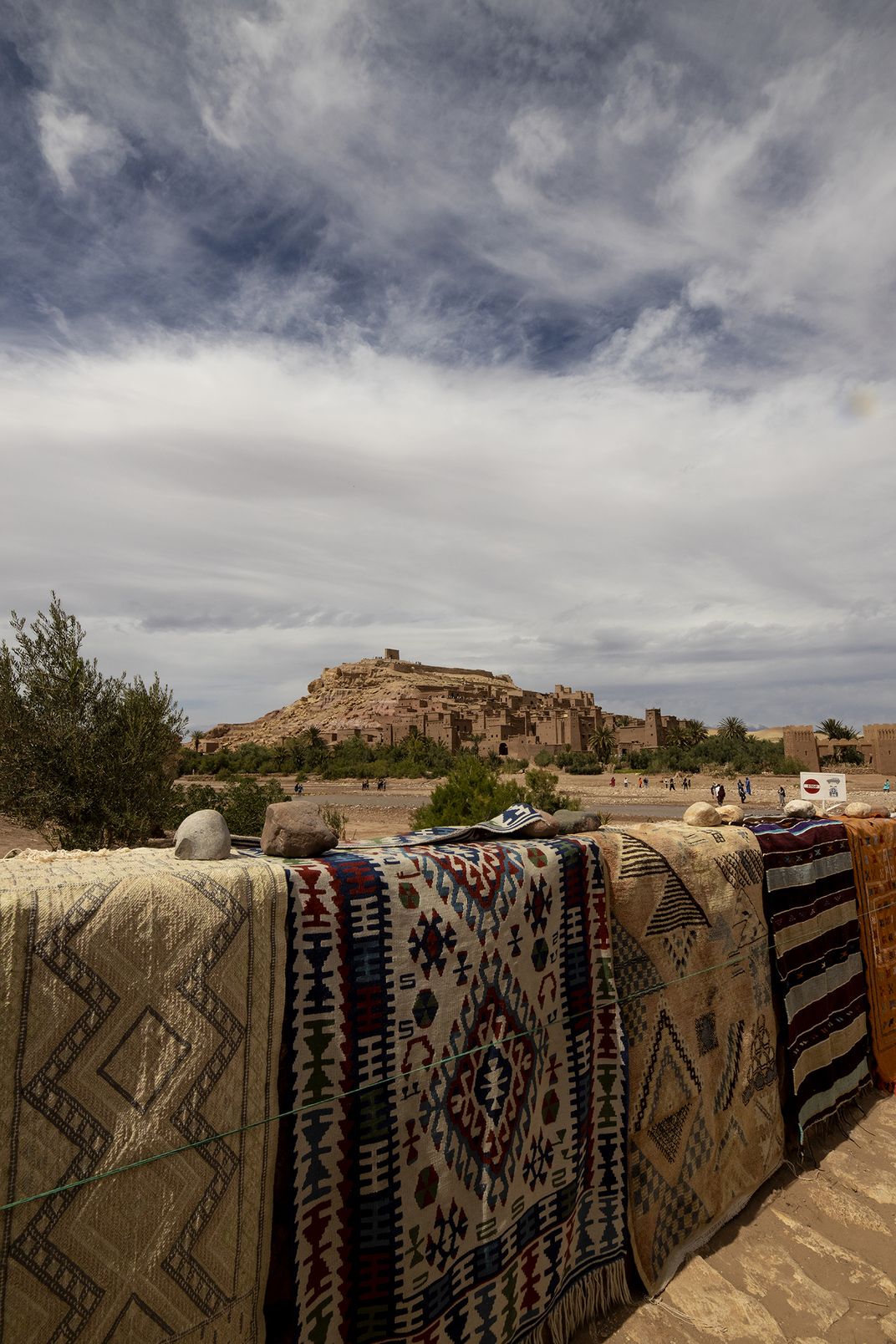 Along the path to the Ksar Ait-Ben-Haddoum there are various places to purchase rugs and other things Moroccan. More about the Ksar: A fortified city which is made up of six kasbahs (the family unit of the southern Moroccan wealthy classes) and almost 50 smaller ksour. The Ksar is located in the Ouarzazate province along the old caravan trade route between Marrakech and the Sahara. The Ksar consists of a group of buildings built entirely of local organic material, and covered by a rich red mud plaster. These buildings, which were mostly houses, were surrounded by high walls. The defensive function of the walls was reinforced by the construction of corner towers. Apart from the domestic buildings, there were also public structures, including a mosque, a caravanserai, a sanctuary of a local saint, and a public square. Thus, the collection of buildings in the Ksar is a unique showcase of the various pre-Saharan earthen construction techniques. According to local belief, the Ksar was founded in 757 A.D. by Ben-Haddou, whose tomb is said to lie somewhere behind the city. None of the structures in the Ksar, however, date to earlier than 17 th century A.D. Nevertheless, the building techniques employed in their construction can be traced to a very early period in the valleys of southern Morocco. The Kasbah has been used as a backdrop of many movies, including "The Man Who Would Be King", "The Mummy", and several more