Home Natural World Ruins of Earth Castle in Lop Nor 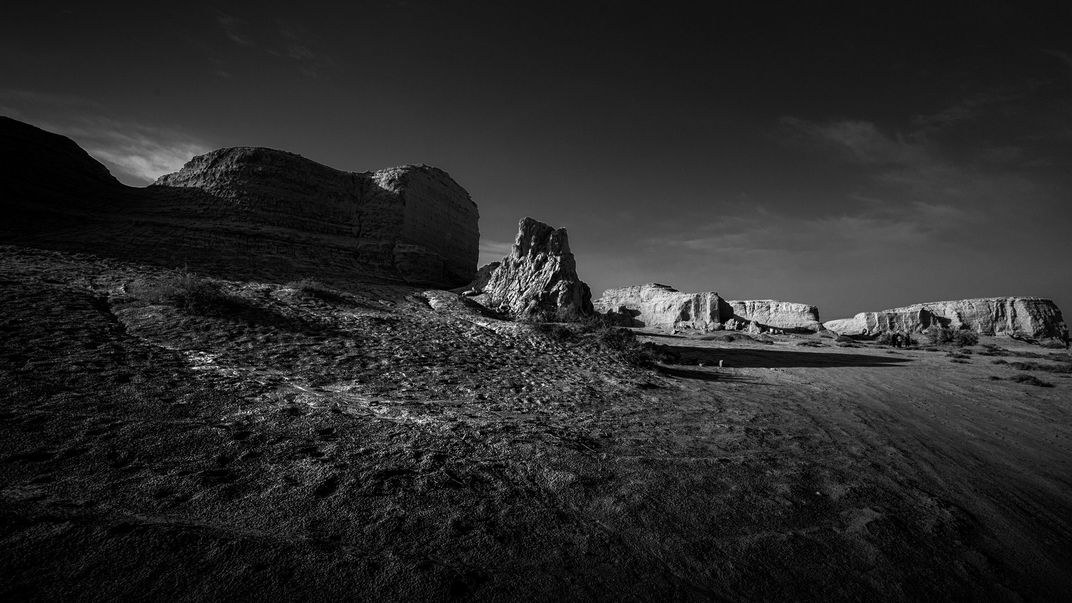 Lop Nor, a lake in the northeast of Ruoqiang County, southeast of Xinjiang Uygur Autonomous Region, China. Located at the lowest point of the Tarim Basin, it was once the second largest inland lake in China, with an altitude of about 780 meters. Before 330 AD, the lake had a lot of water. Afterwards, due to climate change and the impact of human water conservancy projects, in the mid to late 20th century, the water in the upper reaches decreased, and the surrounding desertification was severe and rapidly degraded until it dried up completely in the late 1970s. In ancient times, there were earth castles for human survival on the shores of Lop Nur Lake. The lake was dry and eroded by wind and sand and Humans could not survive. The earth castles collapsed, and now only the mound appears.